On the Eve of Judgement Day: The ECJ and the Demirkan Decision on 24 September 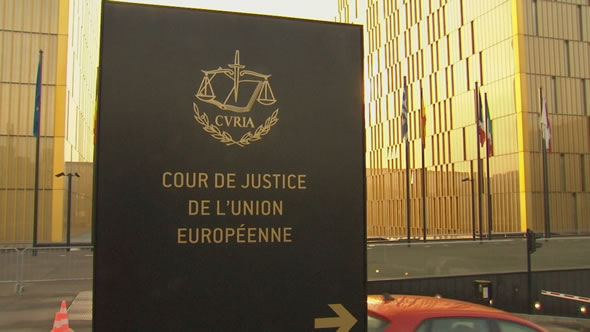 This morning, the Court of Justice of the European Union (or European Court of Justice, ECJ) delivered a judgement in one of the most important cases it will decide this year. The issue at stake was visa-free access to EU countries for Turkish citizens.

At the centre of this court case was Leyla Ecem Demirkan, a 20-year old Turkish woman from the city of Mersin who asked the German consulate in Ankara for a visa in October 2007. Her request was denied. She went to court, arguing that Germany's visa requirement for Turkish citizens is illegal due to rights for Turkish citizens originating in the Turkey-EU Association Agreement from 1963. The case reached the ECJ, which today rejected her claim.

The court ruled that there is no indication that the contracting parties, when they drafted the 1963 Association Agreement and an Additional Protocol in 1970, wanted the relevant provisions to have a wide scope that would give citizens visa-free access to Germany today. The court admitted that, if EU-Turkey association law is interpreted in the same way as the EU Treaties, Leyla Demirkan would have visa-free access. It concluded, however, that according to established ECJ case law, the same terms can have different meanings if the legal schemes in which they appear have different goals. This is the case with the Association Agreement and EU Treaties.

What now? How can the Turkish government reach its goal of visa-free access to the EU? The abolition of the visa requirement will not be achieved through court rulings. The negative ruling makes it all the more imperative that the Turkish government takes action now on other issues where it has hesitated so far.

The most promising response now would be for the government to launch a visa liberalisation dialogue with the EU within the next few weeks.

Under this process, which was offered to Turkey last year, Turkey will have to fulfil some requirements to qualify for visa-free travel. They include requirements from the fields of border control, asylum policies and in particular the fight against irregular migration through Turkey. In order to launch the visa liberalisation dialogue, Turkey also needs to sign a readmission agreement with the EU and implement it during the dialogue.

So far, Turkey has been hesitant. It has concerns about some of the requirements, in particular the readmission agreement. In our report "Cutting the Visa Knot. How Turks can travel freely to Europe" (21 May 2013), we addressed the Turkish concerns and showed a way forward. We argued that Turkey needs to formulate a constructive response to the EU's proposal, rejecting some of the conditions, but accepting the readmission agreement, which is non-negotiable for the EU.

We also argued that this would not be against Turkey's interest. Some policy makers in Ankara fear that if Turkey signs the agreement it will have to take back tens of thousands of irregular "third-country nationals" that reached the EU by transiting Turkey. However, under the agreement Turkey will be obliged to take them back only three years after the entry into force of the agreement. So, it can decide on its own how many it is prepared to take back during the visa dialogue. In any case numbers are likely to be low. Like Turkey, Ukraine is a transit country for irregular migrants. It has had a readmission agreement with the EU since 2008. In 2012, the number of returned third-country nationals was 108.

However, the EU should also act now. It is inevitable that the judgement will cause disappointment in Turkey. EU governments should demonstrate to the Turkish public that they take the Turkish desire for visa-free travel seriously. There are ways in which this could be done right away. Some member states could form an avant-guard of states committed to rejecting as few visa applications from Turkish citizens as possible, emulating Italy and Greece whose rejection rates are below 1 per cent. All member states should increase the share of multiple-entry visas with a validity of up to five years. They should waive requirements such as personal appearance each time a visa application is submitted.

Member states and the European Commission should also finally seriously deal with the issue of compliance with the ECJ's 2009 Soysal ruling. Three EU countries that formally comply should ease the requirements for evidence that Turkish service providers need to have the right to visa-free access. The others should examine how they are concerned and should change their visa rules accordingly. The European Commission has to undertake an independent study.

The Demirkan case has also highlighted that Turkey and the EU have not acted on their obligation from the Association Agreement to determine a timetable for the progressive abolition of restrictions on freedom of establishment and on freedom to provide services. As the Association Agreement has reached its 50th anniversary this month, it would be an appropriate and politically important gesture to finally act on this overdue legal commitment.