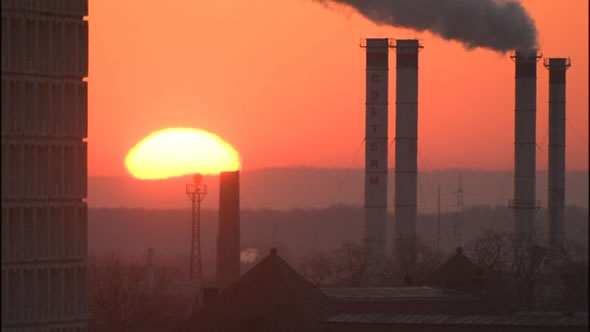 Dan Diaconu, deputy mayor of Timisoara, has an unusual problem. "Unemployment in our city stands at one per cent," the 36-year-old, elected in 2012, explains. "This is a problem for attracting new investors. Some are scared away by this fact." In conditions of near full employment, labour is hard to find. Yet this is a problem that most European cities would long to have. Diaconu concedes, with no sign of enthusiasm, that in his city of 320,000 people, "the economic indicators show that indeed there is no big crisis in Timisoara today."

Diaconu was twelve years old in 1989, the year Timisoara became famous as the birthplace of the Romanian anti-communist revolution, which precipitated the fall of the Ceausescu regime. He was a student in the 1990s when the first Italian investors, mostly smaller businesses looking for cheap labour, arrived in Timisoara. When he graduated from the local Polytechnic University in 2000, the first multinationals, Siemens and Alcatel, had arrived in town. Many of his colleagues went to work for them. Diaconu decided instead to manage social projects, focusing on the plight of young people. In 2007, while Diaconu was running EU projects, the BBC called Timisoara a "revolutionary boomtown." More than 2,600 Italian and 1,500 German companies had settled in the city. There was a growing number of multinational companies, from the tire maker Continental to the consumer goods giant Procter & Gamble. By this point, finding workers was already a challenge.

Romania's membership of the EU in 2007 seemed to promise a continuation of this growth trajectory and an eventual catching up with EU living standards. It was a promise that seemed plausible until 2008. In the six years after Romania started its accession negotiations, GDP per capita rose from 30 to 47 per cent of the EU average. Romania remained poor, but salaries were rising. A new middle class – university graduates employed by multinational companies – found itself with money to spend. It began heading off with low-cost airlines for weekend trips. Timisoara airport offered daily direct flights to more than 20 European destinations.

Then, in late 2008, the European economic crisis hit Romania. Convergence with the EU stopped. Salaries ceased to rise. The citizens of one of the EU's poorest economies were left to ponder whether the dream of "convergence" had gone.

Visiting Timisoara in 2013, one can get the impression that little has changed since 2008. If one asks businessmen about major recent foreign investors, many have difficulties coming up with even a single new company. But they also cannot name a single major foreign investor who has left. Unemployment, after increasing to 4.5 per cent in the Timisoara region, is back to 2 per cent. In the city itself, it is even lower. Yet salaries average just €400 net and are barely keeping up with inflation. The dynamism of the pre-crisis years has gone, leaving many with the impression of protracted stagnation. But is this really the case?

Florentin Banu, a casually dressed man with a firm handshake, has a remarkable story to tell. In 1994, he started producing wafers in a garage. The company and its "Joe" brand became so successful that Nestle bought it (and still today sells "Joe" wafers). With the proceeds, Banu started a local supermarket chain. He nearly went bankrupt, and had to bring in additional investors before the chain turned profitable. In 2005, he sold his share in the chain (now owned by French retail giant Carrefour). He started two new businesses from scratch: Banu Construct, a real estate developer, and Interpart, producing plastic parts. By 2008, before the crisis, Banu Construct turned in annual profits of more than a million Euros. Interpart made losses of half a million. At that time Banu said: "If I was interested only in money, I would only do real estate." But with his passion for management, he persisted in his efforts to turn Interpart into a profitable company that would supply the automotive industry.

It was a far-sighted decision. In late 2008, the construction sector imploded. Banu dryly lists the facts: "The demand for flats and real estate fell by about 90 per cent. The prices gave way by 50-60 per cent. Land prices decreased even more." Banu's company had just purchased a huge piece of land where he planned to build 300 flats. The land price was €200 per square metre. "Today it is worth 60 or 70." Banu Construct only survived because it could cover its losses from profits accumulated in the pre-crisis years, and by shrinking dramatically. Of 170 employees, only 30 remain. Banu is "proud that we are still standing." Of the bigger real estate developers in town, all but two went bust.

Interpart, Banu's other company, has grown, however. He moved the factory premises to an industrial suburb southwest of Timisoara. The new building includes offices and even a flat, where Banu now lives. "It is very practical." Down in the production hall, visitors are walked along a row of precision instruments producing metal moulds. Across the other side of the hall, large machines use the moulds to produce plastic parts of diverse shapes and colours, which drop continuously into large plastic boxes.

With only a slight increase in its workforce – from 100 to 120 – the company has managed to double its annual turnover in the last two years to €5 million. The investment has finally turned profitable. Sixty percent of production now is for the automotive industry, a growth sector across Romania. Interpart supplies various multinationals in the surrounding area, including in Hungary. Banu is optimistic: "The industry needs us. We are a local supplier for global players."

Banu's story, combining success, defeat and innovation, is telling. A lot has changed in Timisoara's economy since 2008. One whole sector, construction, collapsed. Others, like IT and transport, have grown. Industrial producers have adapted. Domestic purchasing power, driven by credit growth, took a hit during the crisis and is only slowly recovering. Many smaller companies lacked the resources to survive the crisis and have had to close. However, with its focus on manufacturing and export, Timisoara weathered the crisis better than less industrial areas of South East Europe.

Peter Hochmuth is a German businessman who came to Timisoara 12 years ago as the financial director of the Continental tire factory. When the company wanted to rotate him to headquarters in Hannover, Hochmuth decided to quit and stay on in Timisoara. Since then, he has advised foreign investors and – more recently – Romanians on doing business with foreigners. "There is a clear transformation in the industry here," he says. "Simple manufacturing jobs that were predominant in the 1990s are disappearing. Geox and Rieker, the Italian and German shoe giants, have closed their production facilities. But more skilled jobs, particularly in the automotive industries and IT, are growing."

One of them is Dan Popovici, general director of the Timisoara plant of Dräxlmaier, a big German automotive supplier with production sites in more than 20 countries. Waiting for Popovici in the company's entrance hall, one is left wondering how the floor of white tiles can be kept so impeccably clean, even on a rainy day. Popovici is in his 50s. His measured tone carries the authority of someone who has witnessed many dramatic changes. Asked about developments in the industry, he says: "We can talk about two waves: the first was labour intensive. The second is technology oriented."

The automotive industry was particularly hard hit by the global financial crisis. Sales collapsed. The suppliers based in Timisoara first introduced shorter working hours and compulsory leave, before beginning to shed workers. Their headquarters quickly realised, however, that it made little sense to close efficient and cost-effective plants in Romania. Within six months, the industry was in full swing again.

In 2008, Dräxlmaier employed 2,000 people in Timisoara. They manufactured cable harnesses for higher end cars like BMW. Harnesses are a complex product, comprising all the electric cables in a car. "Every harness is different, depending on the specifications of the car," Popovici explains. "In each car, you find 1.5 to 2.5 kilometres of cables." Since 2008, Dräxlmaier has relocated the more labour intensive production steps to Serbia. In Timisoara, they invested in the automation and mechanisation of production and now mainly produce motor harnesses. "Few plants in this sector are technically as equipped as we are here. While since 2008 we have reduced our staff from 2,000 to 800 people, efficiency has risen," says Popovici. "There is a constant battle to remain competitive," he adds, pointing to new machines in the huge production hall.

The jobs in the plant have become more sophisticated. They are also better paid. The share of university-educated staff has tripled over the last five years to about 20 per cent. Over 100 jobs are in services for other plants of the company abroad. There is a service centre covering all locations except North America. When new factories are opened, often staff from Timisoara are sent there, be it to China, Mexico or Serbia.

"In the simplest sectors, Timisoara cannot compete anymore," claims Hochmuth. "But it is competitive in the higher skilled production processes where you have to work closer with your clients. Take software system development. Engineers here earn at least €700 a month, much more than their colleagues in low-cost countries. But you can easily and cheaply fly a team from here to Germany, Austria or Italy. Many speak German, Italian or good English. They know what a consumer expects. They have the same way of thinking. Eventually, everything considered, it pays off to be here for these more sophisticated production activities."

The fact that household incomes have not grown for many years is reflected in the city's overall mood. Many people are slightly worse off than five years ago. There are many challenges for businesses: administrative hurdles, a shortage of skilled labour. And yet, it is not difficult to imagine Timisoara as a prosperous, bustling, global industrial centre a decade from now. This cannot be said for many cities in the region, and certainly not for those across the border in Serbia, where membership of the European Union still seems a distant prospect. There, politicians will continue to envy Dan Diaconu for his problem – convincing outsiders to keep investing under conditions of almost full employment.