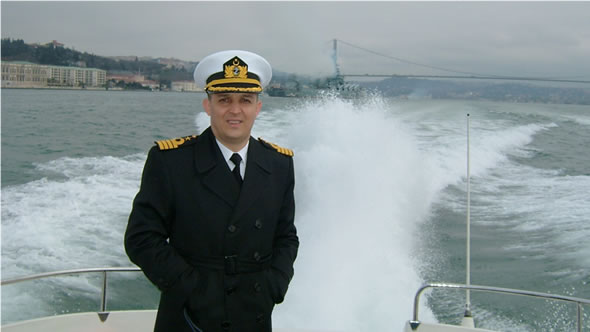 "Someone must have been telling lies about Josef K., for without having done anything wrong he was arrested one fine morning." (Franz Kafka, The Trial)

Turkey also has a tradition of mass trials unlike any other country in Europe. There were many such trials following the 1980 military coup. In 1981, 1,477 members of the Confederation of Revolutionary Trade Unions (DISK) were put on trial, followed a few months later by a trial of 1,243 members of the Revolutionary Left (DEVSOL).

Mass trials are often protracted affairs. The DISK case went from 1981 to 1991. The DEVSOL case took 32 years. A 1982 case against the Revolutionary Path (DEVYOL) led to sentences in 1989 (including seven death sentences), which were then sent for retrial by the Supreme Court of Appeal, leading to a new set of convictions six years later. In 2012 – 30 years after the prosecution began – the Supreme Court of Appeal threw out the case under the statute of limitations. In many cases, the defendants are kept in custody during judicial processes that drag on for years.

There are many more mass trials even now. In 2012, a court in Istanbul heard charges against 205 members of the Kurdish Communities Union (KCK), while in January 2014, a court in Ankara opened a case against 502 members of KESK, a public workers trade union. In February 2014, 1,309 people who took part in the Gezi protests were tried in a court in Kirklareli.

All of this means that any person caught up in a political trial in Turkey enters the world of Kafka's novel. This is what happened to Mehmet Orgen, a captain (albay) in the Turkish navy.

In May 2011, an Istanbul prosecutor summoned Mehmet Orgen for an interrogation. In June 2011, Orgen was charged with attempting to overthrow the government. A few weeks later, he was arrested and sent to a military prison. Orgen was part of a mass trial as one of 361 defendants. In September 2012 he was sentenced to sixteen years in prison. An additional 324 people were also sentenced, including former commanders of the air force, the navy and the last military head of the National Security Council. In October 2013 the Supreme Court of Appeal in Ankara confirmed Orgen's sentence. Then, on 18 June 2014, the Turkish Constitutional Court found that in the case of Mehmet Orgen, and hundreds of his co-defendants, the "right to a fair trial has been violated." It also ordered a retrial.

The Sledgehammer trial, named after an alleged coup attempt supposedly planned and led by a four star army general in early 2003, has been Turkey's most consequential court case in decades. It changed the balance of power between the Turkish military and the elected government. It triggered an institutional revolution, as the Turkish military lost its judicial impunity. Instead of bringing Turks together, however, it polarised society. For some it was a long overdue move to bring to an end a political regime in which generals were the real unaccountable power in the country. For others it was a show-trial, a witch-hunt, a court case based on manufactured evidence. It turns out that it was both. The trial did bring an end to five decades of military control of Turkish politics. But it did so at a very high price, a price paid by individuals like Mehmet Orgen.

Orgen comes from a military family. His father had been a professional in the Turkish Air Force. At age 14, Orgen was admitted to an elite naval high school on an island in the Sea of Marmara.

He continued his studies at the Naval Academy and then held positions on various ships and naval bases. He first attended the Naval War College in Istanbul and graduated in 1997 from the US Naval War College in Rhode Island. In August 2001, he went to work at the Supreme Allied Command of NATO in Virginia. His British and American superiors spoke highly of him. After four years in the US, he returned to Ankara as executive assistant to the then Turkish Chief of Navy. Upon his return, Orgen rose quickly through the ranks of the navy. In spring 2011, he represented the navy at an inter-agency task force on Libya. When the forces of Muammar Gaddafi started an offensive against rebels in Benghazi, an international military operation was launched. The Turkish government evacuated more than 21,000 civilians in two weeks.

What Orgen did not know at the time was that events which would lead to an abrupt end in his military career had already begun to unfold elsewhere. In February 2011, police searched the residence of a retired air force intelligence officer. It found a memory stick in a drawer with electronic digital documents. One Microsoft Word document saved under the name "transfer" was a letter comprised of two sentences. Navy Lieutenant Commander (binbaşı) Mehmet Orgen wrote to an unnamed senior officer that an agreement has been made to procure 17 pistols for Commander (yarbay) Ali Turksen for activities by "operational teams".

On 27 May 2011, when an Istanbul prosecutor interrogated Orgen, his questions focused on the letter. Did Mehmet Orgen know Ali Turksen? Turksen, a former member of navy underwater special forces, was at the time already standing trial for two conspiracies against the government: one allegedly hatched in 2002 (Sledgehammer) and one in 2009 (Ergenekon).

The police investigation concluded that the letter was saved on a computer in the Navy Headquarters in Ankara first on 11 December and last on 30 December 2002. Orgen explained that he did not write the letter. Orgen showed the prosecutor conclusive evidence that he was attending a NATO Operational Planning Course in Germany on 11 December 2002, and was in the US before and after that date. He had never been in contact with Turksen.

When the prosecutor published an indictment in June 2011, in total one page was about Orgen. He was accused of being part of the Sledgehammer coup plot. All charges against Orgen were based on the letter on the memory stick. The indictment notes that "the document was prepared to be signed by Navy Lieutenant Commander Mehmet Orgen." There was no other evidence to link him to any plot.

The trial of the Sledgehammer case took place in Silivri, one of Europe's biggest prisons. Located west of Istanbul, it has a capacity of over 10,000 inmates. A panel of three judges decided the fate of 361 defendants. A former sports hall was turned into a courtroom. There, Orgen and the other defendants found themselves in a fenced area in the middle of the hall. During 108 sessions, Orgen's case was discussed once, in November 2011. Orgen told the judges again that he could not have written the letter. The three judges asked him several questions of uncertain relevance. The questioning lasted less than an hour.

In March 2012, defence lawyers presented the court with an expert report by the Middle East Technical University in Ankara. It stated: "Unlike handwritten documents or documents bearing a material signature, it is possible to modify electronic documents easily and without leaving any trace… Any person may have produced the document." In May 2012, a US-based computer forensics firm wrote that the memory stick on which the letter was found showed clear evidence of manipulation: "two scanned images and two documents appear to contain references to things that did not exist at the time they were last saved."

The 1,437 page verdict, published in January 2013, discussed Mehmet Orgen's case on less than four pages. It repeated what was already stated in the indictment: that the letter was "to be signed by Mehmet Orgen." There was no additional evidence. It added that "in a coup plan, the name of someone who is not part of the crime cannot figure on a document related to the execution of the crime." On this basis, Orgen was sentenced to 16 years imprisonment.

Orgen appealed from jail. His case went to the Supreme Court of Appeal in Ankara. In August 2013 Orgen's lawyer had fifteen minutes to discuss the evidence against him. In October 2013 the Supreme Court of Appeal announced its verdict. This time the verdict was 65 pages long to justify sentences against hundreds of people, on average five people per page. Orgen's conviction was upheld.

Most of the people indicted in the Sledgehammer court case were sentenced, but not all. In the first instance the court found 36 people not guilty. In the case of Abdullah Zafer Arisoy, one of those acquitted, the judges wrote that the fact that the name of the defendant figures on lists and documents "does not suffice to show that he was aware of the Sledgehammer Operation Plan and participated in the crime." The Supreme Court of Appeal found another 25 people not guilty for the same reason. This was puzzling. Why did the first court apply this reasoning to only 36, the second to only 25, and none to Orgen?

Mehmet Orgen turned to the Turkish constitutional court. In January 2014 the court began to review the case. On 18 June 2014 the court issued a unanimous decision. In 45 pages they overturned everything that had happened until then. The verdict ordered that "a retrial must be held before the primary court" for everyone who had been sentenced.

Eight prosecutors were involved in writing indictments for the Sledgehammer case. Eight judges were involved in the first and second trial. How could senior judges in the most high-profile court case in decades not focus on obvious contradictions in the evidence? And why does Turkey still hold mass trials, with hundreds of accused in one courtroom?

On 19 June 2014 the judges in charge of the retrial ordered the release of all defendants. After three years in jail Mehmet Orgen was set free. But his case is not over. Today, 299 people still stand accused of the most serious crimes. And the judicial system that sentenced Mehmet Orgen to 16 years in jail, not once, but twice, to then dismiss it all, remains in place.