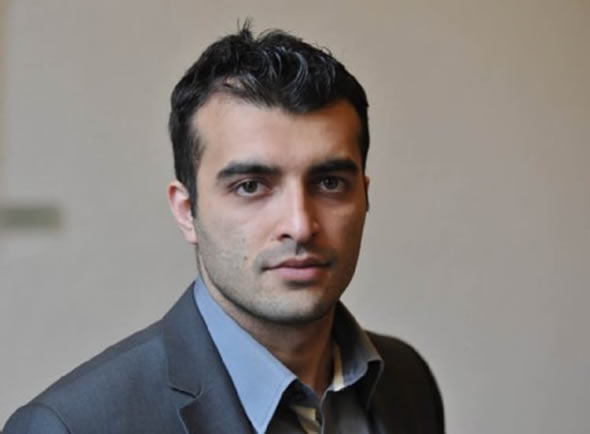 Rasul Jafarov, 31, is a leading human rights defender in Azerbaijan. He has led multiple efforts to draw international attention to the worsening situation in his country, to educate Azerbaijani citizens about their rights, and to ensure that political prisoners receive effective legal representation. For his work, Rasul has been continuously targeted by the Azerbaijani government.

Only three days after the arrest of Leyla Yunus, on 2 August 2014, Rasul was brought to the Serious Crimes Investigation Department of the General Prosecutor's Office for interrogation. Charged with "illegal enterprise," "tax evasion," and "abuse of official power," a three-month pre-trial detention was imposed and later extended. His trial began in January 2015. On 16 April 2015, Rasul was sentenced to 6.5 years in prison. According to international observers, the trial was a farce. Among other things, all the witnesses of the prosecution were either unaware of why they were victims or testified that Rasul never did them any harm. One of them had to flee the country afterwards.

Rasul received his bachelor's and master's degrees in International and European Law (2000-2006), and has worked as a lawyer at the Institute for Reporters' Freedom and Safety and Chairman of the Development Center of the Association of Television and Alternative Media. In 2010, he co-founded the Human Rights Club (HRC),[1] of which he is currently chairman. Rasul is also on the Board of Directors of the Republic's Alternative (REAL) Movement.

In 2012, Azerbaijan hosted the Eurovision Song Contest, which draws an estimated audience of 180 million viewers each year and is broadcast in over 40 European countries.[2] This was seen as an opportunity by the Aliyev government to bolster the country's image across Europe. It was also an opportunity for activists to highlight Azerbaijan's poor human rights record. To this end, Rasul coordinated the "Sing for Democracy" campaign as a platform for activists. The campaign held events, press conferences, and issued reports from human rights defenders, journalists, and watchdog groups.[3] "Eurovision must be yet another tool to promote Azerbaijan's European integration, first of all through the improvement of the situation [of] human rights," Rasul told the National Endowment for Democracy.[4]

Some protests took place during the Eurovision competition, with journalists and peaceful activists arrested[5] and assaulted by police.[6] The European Parliament passed a resolution asking Azerbaijan to "stop suppressing freedom of expression and assembly," and "step up reform efforts in all areas of the judicial system."[7]

To build on the efforts of the "Sing for Democracy" campaign, Rasul and the HRC launched the "Art of Democracy" campaign in 2014. It used art as a means of promoting democratic reform and respect for human rights. However, events associated with the campaign were either banned or made almost impossible to organize, such as the release of the April 2014 report, Creativity Under Pressure: Artistic Freedom of Expression in Azerbaijan.[8] Venues in Baku, which had initially agreed to host many of the campaign's events, backed out under pressure from authorities.

Rasul also coordinated the advocacy effort, the "Expression Online Initiative," launched in 2012 during the UN Internet Governance Forum in Azerbaijan. The campaign was meant to draw international attention to the threats to freedom of expression on the internet in Azerbaijan.[9]

Rasul Jafarov was instrumental in producing the comprehensive list of political prisoners, which Leyla Yunus and Intigam Aliyev had also worked on. In July 2014, Rasul and fellow activists held a public hearing on civil society issues at the Parliamentary Assembly of the OSCE in Baku.

Prior to his arrest, Rasul had been unlawfully banned from leaving the country, and his bank accounts were frozen. A month after presenting the political prisoners list during the PACE session, he was taken into custody. Rasul published an open letter to the international community (here), in which he explained the illegality of his arrest. He wrote the letter from the Baku Detention Facility (Kurdakhani Prison) on 19 August, two days after his 30th birthday.[10]

[8] "Art for Democracy: Artistic Freedom of Expression in Azerbaijan," Index on Censorship, 12 May 2014.