Support for and reactions to the Batory-ESI proposals 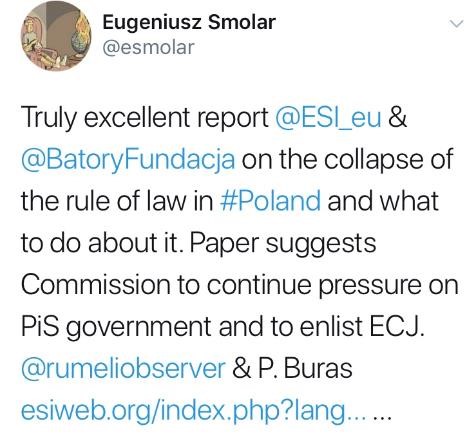 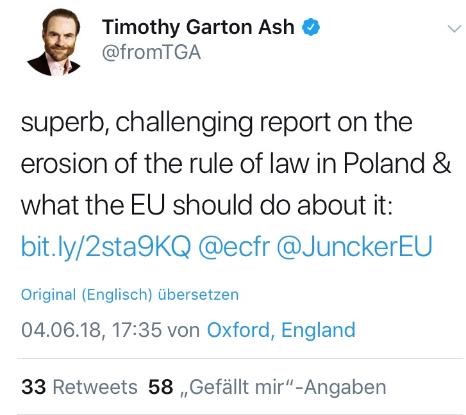 Statement by Lech Wałęsa concerning the Supreme Court: There is no freedom without the rule of law (1 June 2018):

"The violation of the independence of Polish courts threatens very negative consequences, for Poland, but also for the entire European Union. The EU, which is the anchor of the Polish raison d'etat, cannot function without free courts in each member state. Just as in 1980 there could not be freedom without solidarity, so today there cannot be freedom without the rule of law!"

"We believe that the time has come for the EU institutions, and the Commission in particular, to take urgent and decisive steps to respond to recent actions of the Polish government that constitute an assault on the rule of law in that country. The Law and Justice government has adopted laws relating to the courts, the National Council of the Judiciary and the Supreme Court which, when taken together, substantially undermine judicial independence and subordinate the judiciary to the governing party." 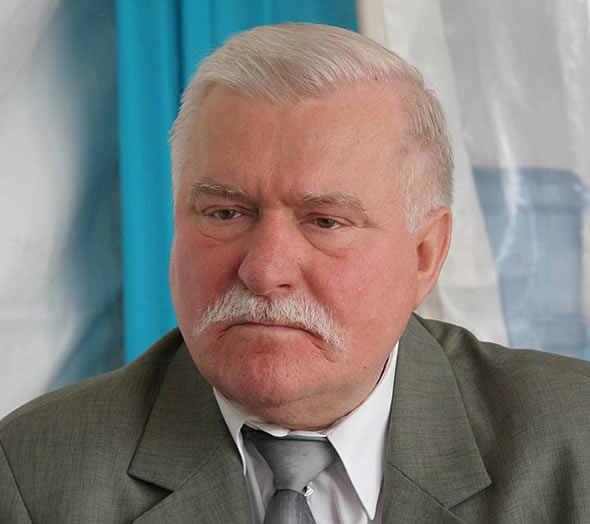 European Greens, Judicial reform in Poland is a serious threat to the rule of law (2 June 2018):

"Vice President Timmermans must show he has the courage and foresight to take firm and swift action to preserve the independence of Poland's judiciary."

Appeal of artists and scientists to the European Commission: Europe! Save Polish Supreme Court! (4 June 2018):

"We believe that it is the highest time to act, therefore we call on the European Commission to take the law on the Polish Supreme Court to the CJEU for violating the fundamental principle of judicial independence, enshrined in the Treaty on European Union and the Charter of Fundamental Rights of the EU."

"We appeal to the European Committee to take without delay the Law on the Polish Supreme Court to the Court of Justice of the European Union in accordance with the provisions of Article 258 of the Treaty on the Functioning of the European Union and to file the relevant motion for applying interim measures. The history of our continent teaches us that when the foundations of our common liberties are demolished, their restoration becomes extremely difficult." 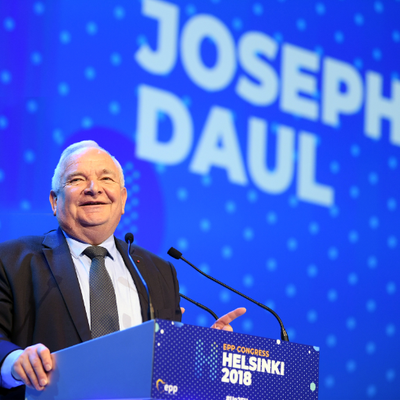 Statement by the EPP Political Assembly on the rule of law in Poland (5 June 2018):

Statement by the Association of Polish Judges "Themis" (6 June 2018):

"The Association of Judges "Themis" fully supports the conclusions of the [ESI-Batory] report stating that the independence of the judiciary in Poland is endangered to such an extent that immediate measures at any possible level are urgently required."

"This is not just about preserving the rule of law in the largest of the ex-communist member countries that joined the EU in 2004, important though that is. Above all, it is about defending Europe's identity as a community built on shared liberal values … If Polish strongman Jarosław Kaczyński is allowed to get away with replacing an independent judiciary with judges hand-picked for political loyalty, the EU's claims to be a democratic watchdog and not just a glorified free-trade area will look hollow. If ever there was a systemic threat to the rule of law, this is it."

"We urge the Commission to take the immediate necessary steps to initiate the infringement procedure, with a view to enabling the Court of Justice, in case these laws are not reversed, to rule on the matter.

Resolution by the Assembly of Representatives of Judges of the Regional Court in Lodz (11 June 2018):

Appeal by the Society of Journalists in Poland to the European Comission (June 2018):

"Law and Justice politicians continue to threaten that they will pacify the independent private media. Every day, politicians in our country attack the media and the public prosecutors are coming to be used to intimidate journalists. The Supreme Court is the last place where independent journalism can still be defended."

"We, the undersigned, urge you to do whatever possible to protect the independence of the judiciary in Poland. In particular, we urge you to immediately start an infringement procedure, in parallel to the Article 7 procedure, and refer the Polish Supreme Court Act to the European Court of Justice to stop the detrimental reform as soon as possible."

"The Assembly is joining the requests calling on the European Commission to refer the Act on the Supreme Court to the Court of Justice of the European Union."

Open Letter to the President of the European Commission signed by the leading EU law experts and NGO's, 11 December 2019:

As you yourself keep repeating, "there can be no compromise when it comes to respecting the rule of law". This is why we are asking you to promptly submit to the European Court of Justice an application for interim measures in the infringement case C-791/19 Commission v Poland now pending before the Court of Justice. Without interim measures in place, Polish authorities evidently feel free to openly persecute judges who seek to apply and enforce EU law via the two institutions they de facto control: the Disciplinary Chamber and the National Council of the Judiciary.

The time has come to accept we are facing a situation in which EU law has broken down. Interim measures are called for before the situation gets worse and irreparable damage is done."

The letter was given by Polish lawyers to Vice President of the European Commission responsible for Values and Transparency Vera Jourova and to Justice Commissioner Didier Reynders during a meeting in Brussels on 12 December. 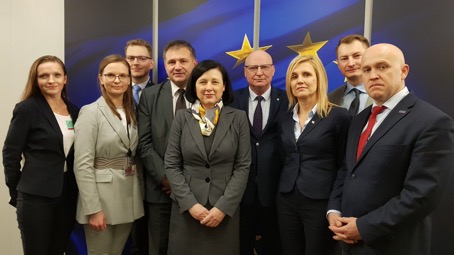