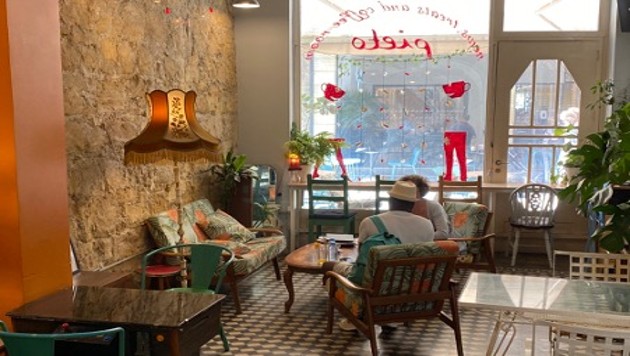 ​​​​​​​​​​​​​​
Interview with journalist from the Democratic Republic of Congo. Photo: Gerald Knaus

ESI’s Gerald Knaus travelled to Cyprus to conduct field research on migrants and asylum seekers. In the first four months of 2022, Cyprus has processed 7,000 asylum applications. If this number continues to grow, it could become one of the biggest migration crises in Europe which so far has remained unreported.

Migrants keep on crossing from the Turkish North into the Republic of Cyprus but the country will not be able to cope with a high level of asylum applications since it can’t cover basic needs for a bigger number of migrants. The situation is worrying and would be the equivalent of Germany having to process 2 million asylum applications in a year.

Good morning from ??, facing the biggest asylum crises in ?? today.

Gerald also spoke to a journalist from the Democratic Republic of the Congo, who had been arrested and tortured in his home country. To flee, he registered online at a university in the Turkish North of Cyprus. He said that paying 1,300 EUR can get you a student visa and it only takes one week to process. This has become one of the last ways to get to the EU without risking one’s life at sea.