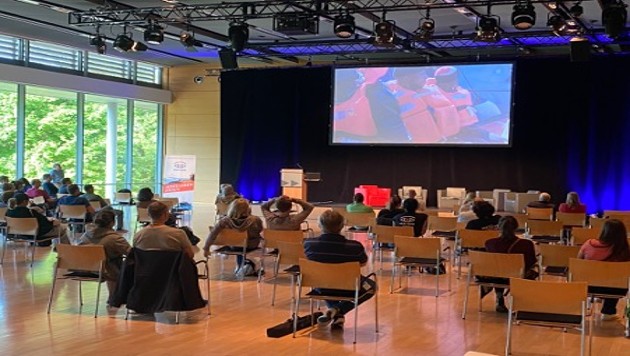 ESI’s Gerald Knaus was invited to give a presentation at a panel discussion on “Sea rescue - Quo vadis?” organised by Sea-Eye.

In his presentation, Gerald spoke about the fragile state of the Geneva Refugee Convention and how the practice of pushbacks at the EU’s external borders is endangering migrants seeking to reach the EU. He also spoke about how migrants are being treated when they reach land borders and the dangers they suffer when they are pushed back. Moreover, Gerald argued that the Refugee Convention is no longer being applied and that sea rescues are not being practiced as much as they should.

In addition, Gerald stated that it was essential to improve cooperation with Tunisia in order to prevent people from being returned to Libyan camps and the abysmal human rights abuses there.

As an urgent proposal and solution, Gerald said that he would like to see an expansion of resettlement programmes. This way the deaths at sea could be significantly reduced as the Central Mediterranean is still the deadliest border in the world.