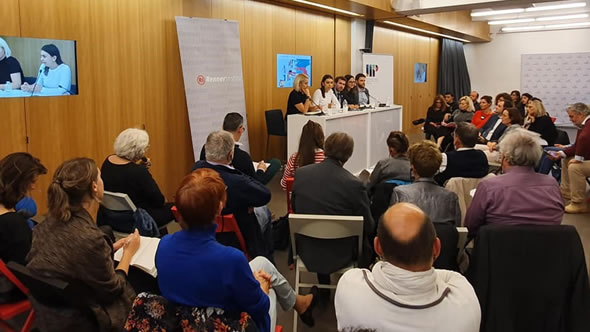 Adnan Cerimagic speaking at a panel in Paris. Photo: ESI

Adnan presented ESI's research on EU and Western Balkans, in particular related to the Kosovo-Serbia dialogue, the opening of accession talks with North Macedonia and Albania, the visa liberalization process for Kosovo, and measuring and incentivizing reforms in the Western Balkans. Other panelists were young researchers from the Western Balkans.

In the morning, together with other panelists, Adnan visited the French Presidency, the Ministry of Foreign Affairs and the National Assembly. They met with President Emmanuel Macron's advisor for Europe, Alexandre Adam, and head of the Western Balkans section in the Foreign Ministry, Thomas Bertin, as well as other diplomats, officials and members of the parliament working on the Western Balkans.

This event is part of the IIP's "The Western Balkans Initiative" that aims to bring young researchers from the Western Balkans closer to EU decision makers. The group already visited Belgrade, Pristina, Skopje, Vienna, The Hague and Berlin, while visits to Brussels, Zagreb, Sarajevo and Berlin are planed. 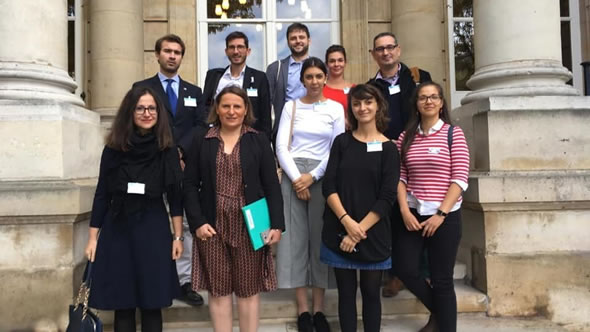 Adnan Cerimagic with other participants at the meeting in the National Assembly. Photo: ESI
Please enter your search term