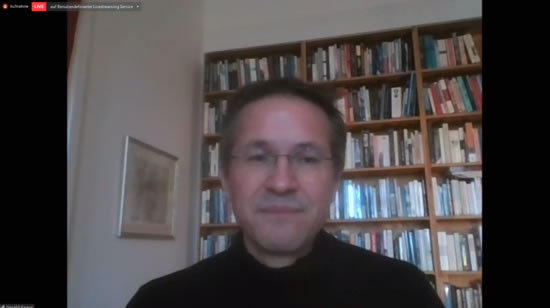 ESI’s Gerald Knaus was invited to speak at a press conference organised by SOS Mitmensch to launch their campaign to re-start humanitarian resettlement in Austria.

According to SOS Mitmensch, Austria's admission rate has been zero since 2018. Austria is one of only four countries in the EU that have not admitted a single person in need of special protection through a humanitarian admission programme in the past three years.

Gerald called on European countries to “ramp up orderly admission via resettlement”. This could provide targeted help to women, who are often among the most vulnerable and in need of protection, Gerald said. “A policy of humanitarian admission would be the opposite of disorderly and life-threatening flight. If several countries in Europe, including Austria, did this according to the Swedish model and, in addition, developed sponsorship models for the arrivals, then protection and perspectives could be offered to a large number of people without overburdening a country.” He said that he’s convinced that such a programme is capable of gaining majority support.