After two years of research, which took a team of ESI researchers across all of Georgia, from Batumi on the Georgian black sea coast to the wine-growing areas of Eastern Georgia, from Washington DC to Brussels and Moscow, we are now glad to be able to announce the upcoming publication of a brand-new ESI report later this week.

After a grim, post-Soviet decade, Georgia had captured the imagination of the world in November 2003 when a display of people power swept away the old political establishment. In its place came a new generation of leaders – young, articulate and determined to propel their small republic out of poverty and isolation and into the European mainstream.

This report looks at the promises of the Rose revolution, the way Georgia presented itself as a model for other countries, and the implications of its elites embracing libertarianism as a national ideology.

This report is about a remarkable man, a south east European country in a time of transition, and the power and influence of a seductive ideology. The man is Kakha Bendukize, a philosopher-entrepreneur and one of the most interesting thinkers in today’s post-Soviet world; the country is Georgia, a small republic of 4 million people in the South Caucasus, eager to become a global model; and the ideology is libertarianism, the belief that people will be freer and more prosperous if government intervention in people’s economic choices is minimised.

For more on our Georgia research and the report itself, please come back to the ESI website later this week. In the meantime, here is a preview from the introduction:

A LIBERTARIAN REVOLUTION IN THE CAUCASUS (ESI, April 2010) 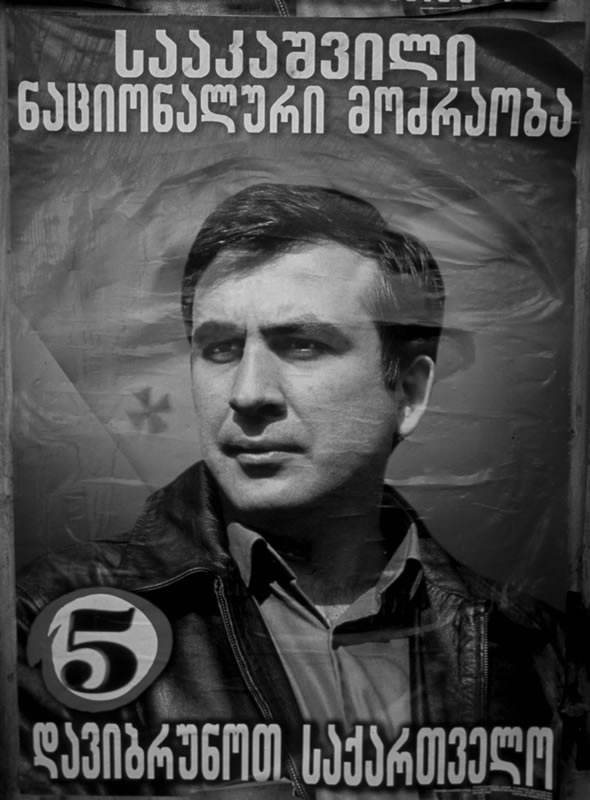 Atlas Shrugged, a 1957 novel by the libertarian thinker Ayn Rand, is an ode to the free market, the minimalist state and the sovereignty of the individual. It is also a useful text to read if one wishes to understand the worldview of Georgia’s most influential policy makers.

The main character in the novel, the engineer John Galt, escapes from an America that has become a breeding ground for socialist ideas. Galt calls on other men and women of talent and ambition to follow him to the remote mountains of Colorado in order to establish a utopia of pure capitalism. For Galt, the engineer, the scientist and the entrepreneur are the true heroes of mankind. In the end, America discovers that it cannot survive without the talents of Galt and his fellow libertarians. They return from Colorado, defeat the collectivist morality of the grey, submissive masses and bring down the oppressive state. As Galt puts it, triumphantly,

“With the sign of the dollar as our symbol – the sign of free trade and free minds – we will move to reclaim this country once more from the impotent savages who never discovered its nature, its meaning, its splendour. Those who choose to join us, will join us; those who don’t will not have the power to stop us …”

Ayn Rand’s philosophy has for decades made her one of the most popular authors in America and an icon of the American right. Her ideas owe much to her personal experiences as a child in Russia at the time of the Bolshevik revolution. John Galt’s America is in fact reminiscent of the Petrograd of her youth. Her horror of collectivism stems from the memory of her father’s shop taken over by communist revolutionaries. She left post-revolutionary Russia for the US in 1926, never to return.

Today, some of Ayn Rand’s most committed followers are in fact found very close to Rand’s native Russia. Georgia, a republic in the Southern Caucasus, has in recent years styled itself as a modern-day capitalist utopia in Europe’s highest mountains. In 2008, Georgia’s prime minister was Lado Gurgenidze, who had made his fortune as an investment banker and named his private firm Galt and Taggart, after the two heroes of Rand’s novel. Georgia’s president Mikheil Saakashvili recently informed the Georgian parliament that the 19th-century national hero (and saint) Ilia Chavchavadze was in fact “the first Georgian libertarian.” Georgia also has its own John Galt, a philosopher-entrepreneur with a mission. His name is Kakha Bendukidze, and this is his story.

Bendukidze’s biography offers ample material for a full-length novel. Born in 1956, he spent most of his adult years in Moscow. Making his fortune in Russia in the 1990’s, he rose to become one of country’s top twenty oligarchs,[1] and an influential voice on economic policy. However, by 2004, as Putin’s regime tightened its grip on strategic industries, Bendukidze found his options in Russia were becoming limited. He began disposing of assets, and moved to Georgia. In the opinion of Russian oligarch Boris Berezovsky, already in exile,

“Bendukidze does not belong to Putin’s circle of friends and he understood sooner than everyone else that everything would be taken away from him… Bendukidze by far hasn’t exhausted his potential but right now the Russian authorities do not need such talented people.”[2]

At the time, some Russian liberals even hoped that one day Bendukidze, like John Galt, might return, when libertarian ideas regained favour in Moscow. As Vitaliy Tretyakov wrote in Rossiiskaya Gazeta:

“What can be said with absolute certainty is that Russia is highly interested in the success of Bendukidze’s truly historical mission… The liberal economic experiment that Kakha Bendukidze will certainly try to carry out in Georgia would (if successful) rehabilitate Russian liberalism (if this is at all possible).” [3]

[1] Guriev and Rachinsky, “Oligarchs: The Past or the Future of Russian Capitalism?” July 2004.