One decade has been lost. What about the next one? 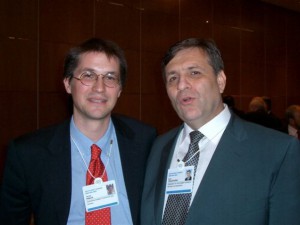 One decade ago, in spring 2003, the New York Times published an appeal by four Balkan leaders, the presidents of Croatia and Macedonia and the prime ministers of Albania and Serbia. Its title: “The EU and South-East Europe need each other.”[1] The occasion was a special Balkan meeting of the World Economic Forum in Athens where all these leaders also came together.

I was there too at the time, and I remember both the appeal and the atmosphere in Athens well. In fact, together with my friend Misha Glenny, I drafted it. There was a sense of urgency in the air, and of anticipation. Zoran Djindic, the prime minister of Serbia who had delivered Slobodan Milosevic to the Hague tribunal, had been assassinated by ultra-nationalist members of the Serbian security forces. Croatia had handed in its application to join the EU, the first Western Balkan state to do so. The host of the meeting, Greece, then the EU’s rotating president, pushed hard to get a European commitment to continued Balkan enlargement.

Shortly before the Athens gathering Boris Trajkovski, the president of Macedonia, invited me to draft an appeal that he planned to ask other leaders to co-sign. He knew that the region would receive a better hearing if it spoke with one voice. He was concerned. His own country had recently been on the verge of civil war. Serbia was on the edge, its ultranationalists growing in confidence. The future of Montenegro and Kosovo was not yet settled. Would the EU, following its 2004 enlargement to Central Europe – then just about to happen – get tired of further expansion? The Balkan leaders’ appeal warned: “Until the whole Southeastern Europe is safely integrated into the European Union, the job will not be complete. And until it is, Europe cannot feel secure about itself.”

One decade later, where do we stand? Today, when EU leaders talk about crises in South-East Europe they think of Athens not Skopje, of Nikosia, not Belgrade. Europe does not feel “secure about itself” but it is not the Western Balkans or the threat of renewed conflict that keeps EU leaders awake, literally, at one crisis summit after another.

Montenegro and Kosovo are independent states; the fear of armed conflict in the region has never appeared more distant. And yet, despite these important breakthroughs, it is hard not to regard the years since 2003 as a lost decade for the Balkans. Boris Trajkovski tragically died in an airplane crash in the Bosnian mountains, on his way to submit Macedonia’s own application for EU membership. His country has been stalled for years now by a Greek veto (a threat which did not appear real in 2003 in Athens). Serbia, ten years after the death of Djindic, has still not even opened EU accession talks. Albania is not an EU candidate yet. The Greek foreign minister in spring 2003, George Papandreou, became prime minister, only to be swept away by the Greek economic melt-down. 2003 was perhaps the last success of Greek diplomacy. At the European Union summit on the Balkans in Thessaloniki in summer EU leaders stated their “unequivocal support to the European perspective of the Western Balkan countries. The future of the Balkans is within the European Union.”[2] Croatia used the past decade, opened accession talks, closed them, and is today on the verge of accession. And yet, it is likely that ten years from now in 2023 Croatia will still be the only Balkan country inside the EU.

Rereading the Trajkovski appeal today highlights a further disappointment. It contained a specific proposal: to make EU regional and cohesion funding available to the region, so as to help it catch up economically, rather than fall further behind. The appeal warned that “the long-term stability of Southeastern Europe depends on the region’s economic health, but this does not mean the usual plea for more money … We are committed to opening our markets to our neighbors and to the EU. We have made huge progress in curbing inflation. And we are now greatly encouraged by the proposal by Greece … that the Thessaloniki summit meeting focus on the possibility of applying cohesion and development policies in our region.”

This was a hope that has not come true. The Western Balkans remains one of the poorest regions of Europe. In Serbia today less than half of the working-age population is actually employed. Unemployment levels in Macedonia and Bosnia are disastrously high. Foreign direct investment in the region, which had transformed the economic structures of Central European countries, has fallen to very low levels. And yet, if a focus on underdevelopment in the Balkans has never been more urgent, the EU’s confidence in its ability to bring about convergence and growth in its own periphery has rarely been lower. The 2003 Trajkovski appeal stated that “The EU has a remarkable record of triggering economic success by helping poorer regions — Ireland, Greece, Spain and Portugal have experienced veritable revolutions in social and economic development in the last 20 years.” It is hard to imagine anybody writing like this today, in the wake of bail-outs, bank failures and rapidly rising unemployment in Spain or Greece.

EU leaders no longer worry about war in the Balkans. They are no longer confident in their ability to bring about economic convergence. They fear the weakness of democratic institutions in Romania or Greece. They worry about inadequate regulation in Cyprus or Spain. Given this state of affairs: what arguments can sway them to open their institutions to accept even poorer states, with even weaker institutions, and even worse images among the public and political elites in Berlin, Paris or The Hague?

Perhaps Greece will prepare for its EU presidency in 2014 by changing its policies on Skopje and Pristina.  Perhaps Serbia and Kosovo will soon reach an agreement that allows both countries to move beyond their confrontation. Perhaps Albania will manage to hold free and fair elections this summer. Perhaps Bosnia’s leaders will soon be able to put together a credible application for EU accession. Perhaps Macedonia’s leaders will be capable of renewing the national consensus to focus on EU integration that existed in 2003. Perhaps politicians throughout the region will wake up late at night worrying about youth unemployment and the inadequacy of vocational training, about export opportunities and the best way to use scarce public resources for growth, rather than about building  statutes or wasting public money on prestige infrastructure of little proven economic benefit. And then, perhaps, a successor of Boris Trajkovski will invite all his regional counterparts to an informal meeting to seriously discuss what they might do together to correct the image of their region, driven by the recognition that the whole region has dropped out of the focus of the rest of Europe.

If Boris Trajkovski would be around today, and would propose drafting a new appeal for Balkan leaders to sign and publish, what could it say? Appeals are expected to end with proposals, a sense of hope, recommendations. But sometimes it is better to resist this temptation. To acknowledge just how steep the wall is that one has to climb. To recognise that before any new appeals to the EU a whole series of steps have to be taken by the region itself. To recognise that time matters; and that April 2013 is another crucial moment which Balkan leaders miss at their peril. I believe Trajkovski would have realised this. Will his successors?

Perhaps this is not a time for appeals at all, but for a blunt and honest recognition: a decade has been lost. The next might be as well. And it is not by formulating words on paper that this can be prevented.