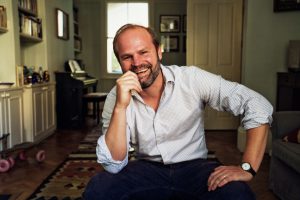 A SECOND BREXIT REFERENDUM – AND THE SEARCH FOR COMMON GROUND

Advocates for a second referendum on Brexit have struggled to articulate what such a referendum should look like. There are very divergent views on the question that should be asked – or the options that should be included. There is also little agreement on the voting system that should be used.

A second referendum can only be held if the public is convinced that the outcome would be conclusive, unambiguous and fair. The options presented and the voting system used would have to be simple enough to be easily understood. The voting system would also need to take the result of the first referendum into account by placing restrictions on the circumstances in which the leave result could be overturned.

In the absence of a proposal that satisfies these criteria, a second referendum might be a good idea whose time will never come. It needs to become a credible political proposition. As this paper shows, a referendum that satisfies demanding criteria and points the way towards a new consensus in a highly polarised UK debate is both possible and promising, presenting the best way forward. With a concrete and fair proposal on the table it becomes more likely to obtain the essential bipartisan public support for holding one.

A further referendum should be a three-way referendum between Deal – No deal – and Remain, in order to:

It should use a “Preferential Vote + Qualified Lock” voting system, in order to

Both sequential voting options are problematic as they almost certainly preclude a No Deal victory. This is likely to generate considerable resentment amongst those who want it. No referendum should exclude the possibility of victory of an option on the ballot that could conceivably win under another reasonable voting system. A standard preferential voting system is also unsatisfactory as it would encourage tactical voting on the part of No Deal voters and would allow Remain to win even if there were leave options that a majority preferred to it counting across all preferences. This would not provide an adequate mandate to overturn the result of the June 2016 referendum. In short, a sequential or standard alternative vote referendum would not be unambiguous or fair: the outcomes would be disputed.

This leaves the two kinds of preferential voting system with a leave-favouring “lock”. There are compelling arguments for both. They pit two criteria against each other: the fairness / accuracy of the outcome, on the one hand, and the need to take the result of the 2016 referendum into account, on the other.

An “absolute lock” pays the greatest respect to the original referendum, as it would require an absolute majority of first choices for Remain for the result of the original referendum to be overturned. However, it could also result in a situation in which the UK leaves the EU with a deal, despite a majority of voters preferring to remain in the EU to both leave options counting across all preferences.

A “qualified lock” would satisfy the requirement that Remain should not be able to win in the event of an overall majority preferring one or other leave option to Remain counting across all preferences. But it would allow for a “minority” Remain victory if it beat both leave options after taking all voters’ complete preferences into account.

Under a qualified lock, Remain is already handicapped relative to both leave options. It faces an additional hurdle that the other two options do not. This is justified – indeed necessary – on account of the result of the 2016 referendum. However, the additional requirement of an outright majority of first preferences for Remain to overturn to the original result could result in an outcome that was clearly inconsistent with actual voter preferences and would be irreconcilable with the criterion of fairness.

In short, a new referendum on Brexit should be a single-round, preferential (alternative) vote on three options: Deal, No Deal or Remain, with a built-in “lock”. The lock would prevent Remain from winning unless it was preferred by a majority of voters to both leave options taking all voter’s complete list of preferences into account.

As the choice of voting system and question heavily influences outcomes (i.e. the same set of voter preferences will yield a different result depending on which questions are asked and how votes are counted), it is difficult to come to a view on what a new referendum on Brexit should look like that is not influenced by one’s own preferences. This paper attempts to do this, however, by setting the following criteria:

A new referendum must be:

It should also acknowledge the result of the June 2016 referendum.

The voting system should exclude the possibility of victory for Remain if there is a conclusive leave alternative that is preferred to it by a majority of voters, counting across all preferences. Such an outcome would be legitimately contested, given that a majority of the voting public has already voted once to leave the EU.

These criteria aim to ensure that the result of any new referendum on Brexit is as undisputed as possible.  Given the importance of the issue for the future of the country and the depth of feeling it provokes, it is crucial that any new referendum delivers a conclusive outcome that cannot reasonably and legitimately be challenged. The best referendum is one which the most people can agree to in advance and the least people can dispute once it has taken place. No new referendum can exclude the possibility that those who do not get their preferred outcome feel robbed. But it is crucial – and possible – that they cannot feel robbed by the format chosen.

Which options should be on the ballot?

The proposal in this paper is based on the deal negotiated by the government with the EU being one of the options. However, the considerations and conclusions that follow would apply equally to ANY deal. For now at least, whether Parliament likes it not, the current deal is the one on the table. But what should the other option or options be?

It would be possible to ask the public to choose simply between the deal the government has negotiated and a no deal departure from the EU. This has a certain logic: the question of whether or not to leave has been asked already. On the other hand, given the clarity that now exists on the alternatives on offer, and the possibility that a majority now favours remain, it would not be fair, and far from democratic, to leave this option off the ballot altogether. If you are going to ask people their opinion on Brexit again, you cannot confine this to how it should happen, when a good many may well have changed their minds on the desirability of the entire enterprise.

It would also be possible to run a straight deal-remain referendum. But this would also exclude a popular, possible option: no deal. It would face the same practical and principled short-comings in terms of the legitimacy of the outcome.

A new two-way referendum would not satisfy the criteria of fairness and unambiguousness set out above. So a new referendum should at offer at least three choices: deal – no deal – remain, in order to maintain democratic legitimacy.

Should any other options should be on the ballot? After all, Parliament has considered a range of alternatives in the course of the “indicative votes process”.

One could argue for the inclusion of soft Brexit options that the EU would likely agree to: remaining in either or both of the customs union or the single market. It is likely that there are voters who would prefer one or both of these options to all of the other three. This speaks for their inclusion.

However, a four-/five-/ or even six-way referendum would be excessively complicated. An outcome requiring entirely new negotiations would also fail the test of conclusiveness.

A new referendum should therefore offer a three-way choice between remaining in the EU, leaving with the government’s deal and leaving with no deal at all. These are all realistic, understandable, conclusive options that the UK can decide to pursue unilaterally.