Any great city is a magic place, and the stories of great cities are the most concentrated version of the story of humanity. One should perhaps introduce a new subject at high schools across Europe, “Urban life – past present and future”, focused in particular on the history and functioning of European cities. Certainly, investigating how cities work in South East Europe today – from Timisoara in Romania to Gyumri in Armenia, from Tirana to Diyarbakir – will be at the heart of ESI research in 2008 as well.

For a largely urban European society, a one year course on urban life could be the liberal arts course par excellence: a combination of politics, economics, sociology, art and religion. For future researchers eager to work in think tanks and contribute to public debates through empirical research, it would be the perfect school as well. Maps, slide shows, economic and demographic tables, but also poems and novels would be the teaching aids. Students would explore the rythm of cities prospering and decaying in the past. They would study the feedback mechanisms between different economic sectors today. They would explore governance in an urban context through the ages. Then they would visit a three-dimensional website, offering virtual walks through the chosen cities. There would be hyper-links as one would (virtually) walk through these cities as part of one’s homework. These would point to background information explaining urban growth and decline. They would thus link the exploring student to all the sciences and arts that will help him make sense of a particular urban story, and see the wider meaning in the narrative of a specific town. One could probably encourage the publishers of guide-books and the cities themselves to support its creation.

(Dear reader, if you have an idea and the energy to take this concept forward, I would be delighted to explore this with you: just let me know).

The first step in the design of such a course would be to select some cities; the second would be to identify some excellent stories of cities that already exist; and the third would be to identify some of the essential background reading. Rome, Istanbul, Paris and Berlin would certainly be included: my own list would also include Barcelona (there is the rich city history by Robert Hughes), Cordoba (and the account of medieval Spain by Maria Rosa Menocal), Sarajevo (and the excellent story by Robert Donia), and Thessaloniki, with Mark Mazower as guide to its past. 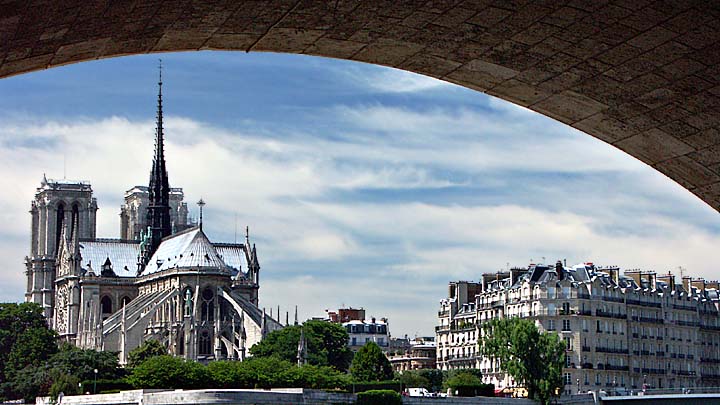 Excerpts from Jane Jacobs’ Cities and the Wealth of Nations would certainly deserve to be included in such a course’s reading list. I do not know how widely read her little book still is today. However, while some of her concepts might not have convinced other social scientists, her overall approach – setting aside general macroeconomic theory in favor of an investigation of the forces at work in creative cities – remains both thought-provoking and inspiring. It has certainly influenced the work of ESI, as can be readily seen from our reports: beginning with our study of the small Bosnian town of Kalesija; our study of the West Macedonian city of Kicevo; our research on urban development in Pristina; our research on Kumanovo in Macedonia; and most recently our thorough study of economic innovation and development in the Central Anatolian city of Kayseri.

Some of Jane Jacobs’ concepts – such as the notion of “passive regions”, brilliantly evoked in the examples she cites, from the French village of Bardou to the Japanese village of Shinohata or Pickens County, Georgia (US) – have become part of the intellectual background to ESI reports. Her description of “regions workers abandon” (she points to Wales and Napizaro in central Mexico) – has inspired some of our research in the rural Balkans.

Jacobs encourages her readers to look for and understand concrete success stories. Citing the example of Boston after World War II she notes that genuine development

“depends on fostering creativity in whatever forms it happens to appear in a given city at a given time. It is impossible to know in advance what may turn up, except that – if it is to prove important – it is apt to be unexpected”

Jacobs calls successful development a “process of open-ended drift”, the opposite of “placing faith in the ready-made”. If this sounds slightly mystical then this is because it probably is. What saves her writing from being esoteric, however, are her illustrations. Let me just refer to one she likes a lot: the production of bicycles. In an early part of her book she describes the emergence of import-substituting cities in Japan:

Later in her books she writes about the bicylce again:

“the many improvements in Europe and America that made it a practical vehicle instead of merely an awkward toy or clumsy curiosity consisted of a long, long series of improvisations, each added to imitations of what had already been achieved. Makers and tinkerers [emphasis added, GK], using the means at their command in their own economies at the time, came up with ball bearings, roller bearings, pneumatic tires, chain-and-sprocket rivers, differential gears, the tubular metal frame in place of the solid metal frame, calipher brakes, brake cables, drum brakes, and in sense they even partially reinvented the wheel itself, gaining unprecedented lightness and strength with unprecedented economy of materials from an unprecedented way of spoking the wheel asymmetrically. These improvisations developed for the bicycle turned out to have ramifying uses … “

Now the skeptical reader, perhaps an economist herself, might question to what extent the bicylce can serve to explain any development in a modern economy, where innovation is organised in large research laboratories, technical knowledge is transferred across nations by trans-national enterprises, and most value added is generated in the service sector. But as we (ESI) tried to understand, for instance, the rise of a city like Kayseri, and the story of it turning into the furniture capital of Anatolia, we found a process very similar to the one described by Jacobs. Let me quote this Jacobsian passage in full:

“Today, there are more than 3,500 companies in Kayseri in the furniture business. Of these, some 400 use mass production techniques. On average, 20,000 sofa beds and 8,000 armchairs are being made on any given day. The Association of Furniture Producers in Kayseri estimates that 40,000 people are employed in the furniture and related sectors, making it a motor of the Kayseri economy. To understand where Kayseri has come from, and to assess where it is going, this sector is a useful place to start.

The market for furniture reflects the extraordinary economic and social transformation of Turkey since the 1950s. In the traditional Central Anatolian home, the central piece of furniture for sitting was the sedir, an elevated platform made of piles of mattresses, blankets and carpets on which guests were seated. Families would eat dinner seated on the floor around a low, wooden table, and sleep on mattresses stuffed with raw wool which were rolled up during the day. The blankets and carpets were woven by women at home on hand looms. The sedir was a symbol of rural self-sufficiency.

Between 1950 and 1965, Turkey’s urban population doubled, from five to ten million people. The town of Kayseri grew from 65,488 inhabitants in 1950 to 160,985 in 1970. Urbanisation changed lifestyles dramatically. In the new urban apartments, hand-woven carpets were replaced by machine-made products, mattresses became filled with metal springs rather than wool, and people took to dining on tables and chairs. Only in the town of Kayseri, there were 100,000 new apartments to be furnished by the end of the twentieth century.

In 1956, Kayseri municipality established its first (‘old’) industrial zone, just beyond the city limits, where all craftsmen were required to relocate (partly through fear of fire). This concentration of traditional industries proved a key factor in the city’s transition to industrial capitalism. In the close conditions of the Old Industrial Zone, new ideas and technologies passed quickly from one craftsmen to another, setting the scene for a technological revolution.

In 1959, one of the carpenters began to produce upholstered furniture, originally with dried grass as stuffing, and then later foam rubber. In the early 1960s, another company began to produce metal furniture – spring mattresses, bedsteads, frames for couches – drawing on metalworking skills introduced to Kayseri by state-owned enterprises such as the aircraft factory. New machinery, like staple guns for upholstering, was brought in from outside Kayseri, and before long these were also being produced locally. A number of wholesalers emerged to supply the growing furniture cluster. Close links between artisans and traders ensured the flow of capital and access to markets.

In 1976, a Dutch economist, Leo van Velzen, visited Kayseri to assess the region’s growth potential. Van Velzen counted 1,150 small workshops in the old industrial zone, of which 588 were engaged in woodworking and furniture production. The workshops ranged from 30 to 300 sq. metres in size, usually with no more than three workers and using “no more complicated mechanical aids than hammer, pliers and scissors.” Van Velzen traced the origins of this emerging cluster of furniture producers back to “a group of about 20 carpentry workshops that began operating in the 1950s, producing doors and window frames, and to some 10 wood traders with a broader commercial horizon.” His assessment of Kayseri’s growth potential was, however, guarded. He concluded that “at the moment there is no evidence to suggest that trade capitalism is caught up in a process of change which will yield industrial capitalism.” He quotes a saying which was popular at the time: “If you want to become rich, buy and sell. But if you want to go broke, produce and sell.”

In 1976, in the same year that van Velzen published his study, Mustafa Boydak and his brother went to Europe to visit furniture fairs and buy machinery. There they discovered the potential of industrial furniture production. Mustafa Boydak remembers that upon returning he told other local carpenters that they “needed to move on from the old way of making furniture by hand.” In time, their example – and evident commercial success – was to inspire others.”

Kayseri is far from the only example of “Jacobsian urban development” in recent ESI reports. In fact, my colleague Kristof Bender even came across the Jacobsian bicycle story in Macedonia:

“Sobim is a company belonging to the brothers Branislav and Marjan Angelovski, who began in business in the early 1990s with two clothing boutiques in downtown Kumanovo. One day they were offered five bicycles through a friend for a good price. They sold them quickly through their clothing shops, and ordered another 25. The following season, they ordered an entire container. The bicycle trade expanded rapidly, and by 1996 they abandoned the textile business altogether and focused exclusively on bicycles. In 1997, the brothers began to experiment with importing bicycle components and assembling them in Kumanovo. Soon they had constructed a production hall of 6700 m2 in Karpos, a new small industrial zone on the northern outskirts of Kumanovo. By 2002, Sobim began to replace imported components with its own manufacturing. It now produces bicycle wheels with the help of two sophisticated Taiwanese robots, and operates a production line to paint bicycle frames. Today, Sobim employs 100 workers and produces around 85,000 bicycles annually, most of which are exported to Slovenia, Bosnia and Serbia.” 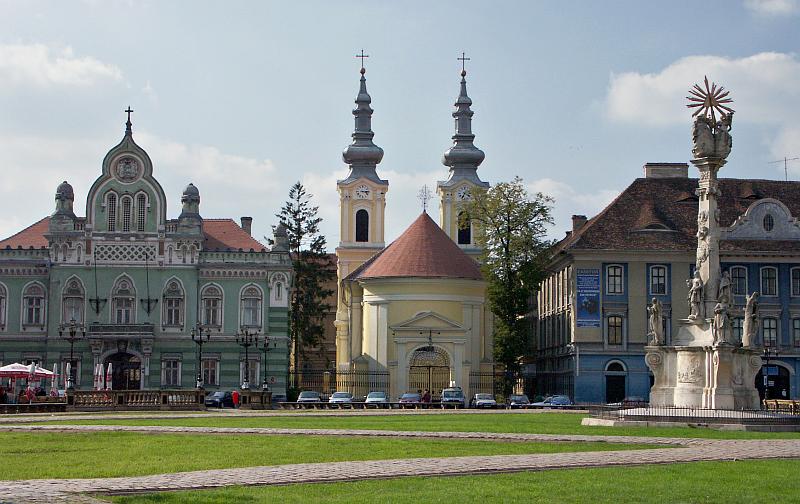 Next year we hope to contribute further examples, as part of our new economic geography project: the story of the amazing recent industrial development of Timisoara, an account of recent developments in Thessaloniki, some insights into the causes explaining the absence of similar development in the South East Anatolian city of Diyarbakir. In all these places we will look for “makers and tinkerers”, in the footsteps of Jacobs, her little book in our suitcase.