Welcome back to these pages in early 2009.

I hope you had as good a transition from 2008 as I had, here in Istanbul. The weather was quite mild, the waters of the Bosporus still deep blue and the New Year’s party I attended, in a 19th century building hosting American teachers from Robert College (Istanbul’s most famous and most attractive private school) was reminiscent of what I imagine parties on the US East Coast were like in the early 1950s.

Put on the music of the film Mona Lisa’s Smile and you understand the mood I am referring to. The 1950s were also, of course, a time of personal optimism (for most households in the West) against a background of geopolitical fears (the Soviet Union had acquired the nuclear bomb and war had erupted in Korea).

I hope that the many warnings about the unfolding world economic crisis did not depress you. My personal strategy against too much pessimism is to take a walk and then to read a book or two about recent European history. This puts most things in perspective. Donald Rayfield’s Stalin and his Hangmen, for example … but more on that later. 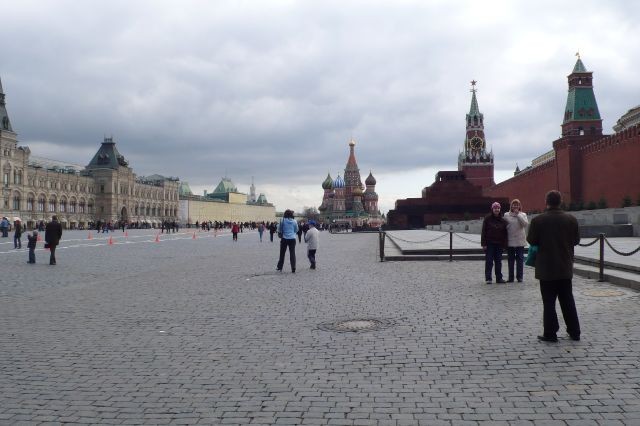 On the other hand, there has been no shortage of bad economic news from around the world in recent days. Even Gazprom seems to be running out of money, as the NYT reports (“once the emblem of the pride and the menace of a resurgent Russia, Gazprom has become a symbol of the oil state’s rapid economic decline”)! The NYT quotes the strategist at a Russia-focused hedge fund, who says about Gazprom management that “they were as inebriated with their success as some of their investors were.” At the end the article notes that today a significant portion of the Russian corporate bailout fund is to be reserved for oil and natural gas companies. Quite a hang-over.

This is bad news for the Russian state and its oligarchs. It also turns some of my personal spending last year into a minor misallocation of resources. I had bought a whole stack of books about “resurgent Russia”, which I had not yet had any time to read. Starting one (Alexander Rahr’s Russland gibt Gas – Die Rueckkehr einer Weltmacht, 2008; Rahr has long been a leading advocate in Berlin of a strong German partnership with Russia) during these past days, I came across its bold thesis on page two:

“The West is afraid of the new Russian concentration of power, where money, resources and power are brought together. Yet anybody considering toppling this system will recognise: it is very stable. Energy prices will not decline in the coming years and the demand for Russian raw materials will rise. Its natural resources, linked to high energy prices, make Russia immune to economic crises.”

I put the book aside, to read some other time, perhaps. And I think back to the seminar I attended, at the invitation of Carl Bildt, on the island of Visby a few months ago. There, Boris Nemtsov and Mikhail Kasyanov had presented a rather different picture of Russia. They saw a country which had wasted the years of high oil prices; a political economy where both the state and public companies had underinvested; a situation where sources of previous high growth had been exhausted. They certainly did not see a stable system of power.

Nemtsov had published, in February 2008, a report on Putin’s Russia (The Bottom Line) on “the outcome of Vladimir Putin’s activities for the country – an outcome that is hidden from Russian eyes by a smokescreen of official propaganda.” Its conclusion was blunt: “The opportunities offered by the oil windfall have been missed. As under Brezhnev, super income from the export of oil and gas has to a large extent been frittered away and necessary reforms left undone.” 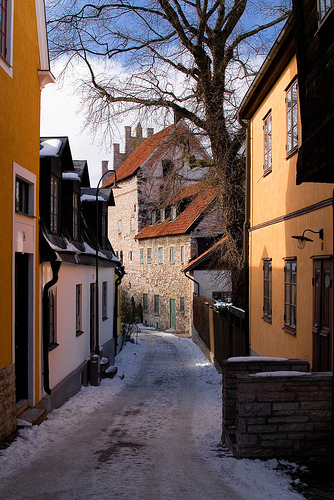 In Visby, Boris Nemtsov presented part two of his report. It was focused on Gazprom, “the Russian government’s wallet”. It makes fascinating reading as a story of mismanaging (enormous) resources. Here are some of the highlights:

So far, so disturbing. And surprising, if one looks at the larger picture – and the current investor flight – for one moment.

How, I wondered, first reading this paper a few months ago, could all of this have been news to any insiders? What were all the investors, who had driven up Gazprom’s stock (and who are now fleeing it), thinking about all of these problems? Did energy (or Russia) experts not know these trends unfolding since 2001, when they predicted the rise of a new Russia, powered by the rise of an awesome Gazprom? Was understanding these things – and paying for the best possible research to do so – not a central concern of investors in particular?

This brings me to a second article. I also read it recently, and recommend it strongly. It is another story of massive overconfidence, bordering on stupidity, by a whole class of highly paid experts, massively misallocating resources. Only this story is set in the US and instead of Putin’s cronies from St. Petersburg the villains are investment bankers from Wall Street. Its author is Michael Lewis and it is called, simply, The End.

Lewis tells the story of Steve Eisman and his hedge fund FrontPoint. Eisman had come to a conclusion early on which is today all too obvious: that the subprime mortgage bond market was one huge bubble; and that, as a result, the investment banking world on Wall Street was dealing in illusions. FrontPoint invested the funds it managed based on this insight; when the crisis came, it emerged vindicated.

There is no need for me to sum up Lewis’ article here. If you have any interest in the current economic crisis unfolding around us, you will probably read it yourself. But the most interesting issue the article raises goes beyond any assessment of the financial sector. It is the same question that is raised by the sudden need for most experts to reassess their analyses of the true state of Gazprom-Russia: how could such a large community of experts working in a certain sector be so mistaken?

In one of the seminal paragraphs in his article, Lewis describes the reactions of Eisman and his team when the Wall Street crisis did erupt in earnest in September 2008:

“This is what they had been waiting for: total collapse. “The investment-banking industry is fucked,” Eisman had told me a few weeks earlier. “These guys are only beginning to understand how fucked they are. It’s like being a Scholastic, prior to Newton. Newton comes along, and one morning they wake up: ‘Holy Shit, I’m wrong!” Now Lehman Brothers had vanished, Merrill had surrendered, and Goldman Sachs and Morgan Stanley were just a week away from ceasing to be investment banks. The investment banks were not just fucked; they were extinct.”

I sent the article also to a close friend, who first suffered through a PhD in economics and currently works in the financial sector in the City of London. He wrote back:

“I buy the basic point that the main problem for investment banking as for the scholastics is that – despite what would seem to be incredibly powerful incentives for the opposite to be the case – the culture of skepticism and genuine research in order to discover and continually reassess what is actually the case is remarkably underdeveloped.”

“Is not the City of London, or Wall Street, amongst other things a massive machine for generating research and knowledge on even the most far-flung parts of the world and the most esoteric economic activities? Well, yes – but also no. The more I think about it, the more I get the feeing that they are research machines in the way that scholastic universities must have been research machines: lots of resources and activities, but somehow missing the crucial ingredients, the crucial elements of the underlying philosophy, to actually make any use of it all – and to prevent egregious, and eventually ridiculous (or, as in the present case, tragic) errors.”

Here is the meta-question which all these myriad crises raise, and which is of more than passing interest to anybody in the business of analysis and research. It is a question about research, mental models, and the absence of critical questions.

It is daunting, even scary, to realise how not just a few experts, but whole communities of practitioners, with a huge supposed material interest to get things right, could get them so wrong. Of course, there were material incentives involved, and much of the story of understanding this failure must now focus on these: how it actually paid off to be wrong.

On the other hand, there was also a remarkable failure of understanding. Thus, all these stories amount to a very strong case for honest, empirical research. Thorough research, not simply opinions or commentary; research that at times might even be surprised by its own findings.

In January 2009 it is not only Gazprom managers and Russia experts but the best paid people in the most advanced economies that wake up with a terrible headache. And with the nagging question, which Eisman had asked himself before the crash: “The thing we could not figure out is: It’s so obvious. Why has not everyone else figured out that the machine is done?”

Now here is a good New Year’s resolution for anybody in the think tank business today: figuring out now what will be obvious three years later. And having the courage to state it, when nobody else does.

PS: Here are a few recent editorials I recommend, in case you missed them, while enjoying the sun on some Alpine slope: Frank Rich on wall street; Paul Krugman on The Madoff Economy; and Tom Friedman on America’s Generation X.