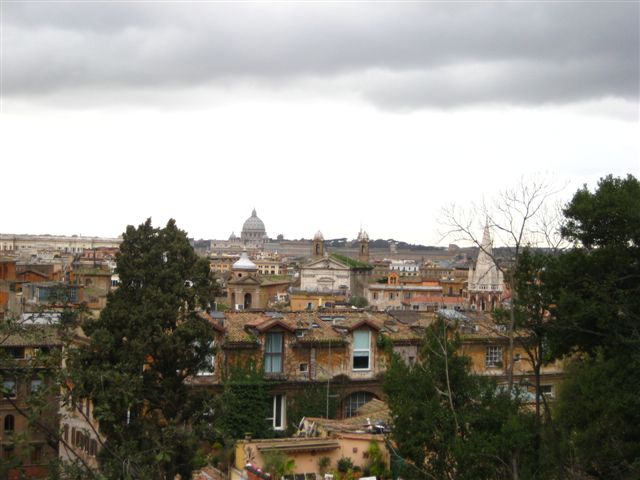 A few months ago a small group of us – Kristof Bender, Alex Stiglmayer, Nick Wood as well as ESI advisory board members Heather Grabbe, Radmila Sekerinska and Giuliano Amato – met in Rome to discuss what contribution ESI could make to the ongoing policy debate on visa issues in the EU concerning the Western Balkans.

One outcome of this meeting was a declaration. Another, very subjective, outcome was vastly increased confidence on our part that this time around, in 2009, there was a real chance to actually achieve something when it comes to bringing down the Schengen Wall between the EU and the Western Balkans. 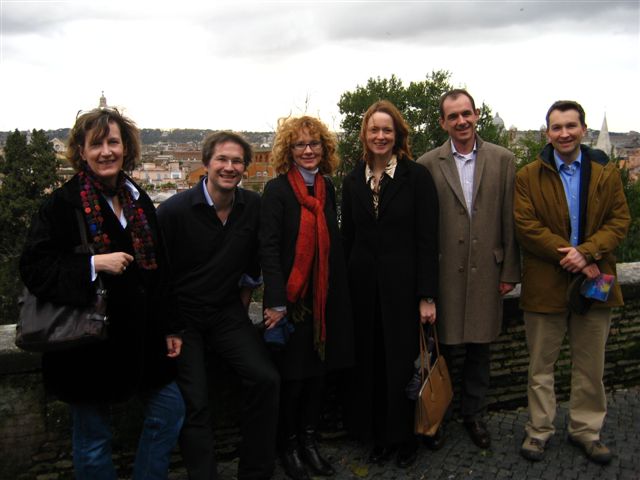 When, at the end of the day, Kristof, Alex and I sat in a cafe in Rome, looking forward to the work of the coming months, we were excited: now, thanks to the efforts by some EU member states and the European Commission, there was a clear road forward for governments of the Balkans. As long as enough people in the region would learn about what their governments needed to do – and as long as decision makers in the EU would be kept informed about what has and has not been done so far in the region – there was now every chance for new energy and real progress.

The key, we felt, was to take conditionality seriously: as something that binds both the countries of the region and the EU. This was a major inspiration: there was a road, and there was an attractive goal. 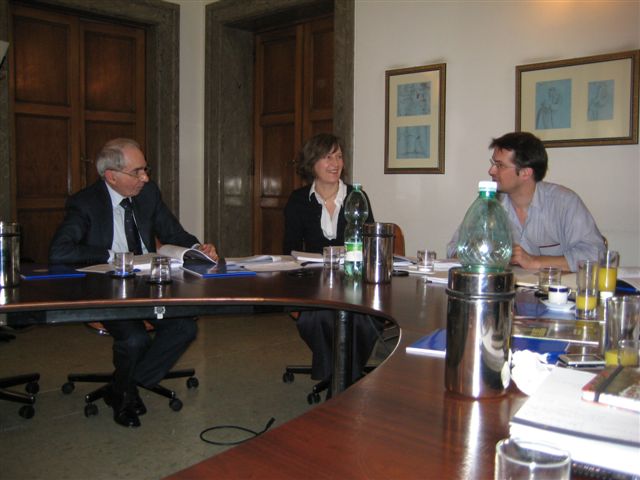 Since then we have tried to make our contribution, with the tools of a think tank.

We published analyses. We gave presentations. We produced a glossary to allow as many people as possible to take part in an informed debate. We put documents online which are crucial for any fair evaluation of what has been done so far (taking seriously the idea that the best guarantee of government performance – in the Balkans as elsewhere – is informed public scrutiny). We briefed policy makers in the Balkans when we learned new things. We met with sceptical decision makers in EU capitals.

There was obviously interest. In recent weeks we sometimes had more than 4000 individual visitors a day to our website. 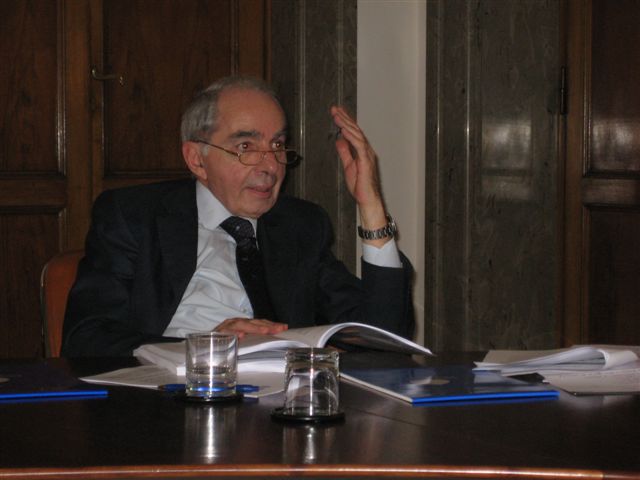 Later this month (June) we will meet with our team of regional analysts who have worked with us on this project in Istanbul to discuss the next steps: one of the major arguments in favour of Istanbul is, of course, that because Turkey has had one of the most liberal entry policies it is simply easier for people from across the region to come here.

So far everything remains in the air. Nothing has yet been decided by the EU. There is, as of this morning, not even an informal proposal from the Commission – based on its recent assessments – on how to proceed.

In the coming weeks and months, the European Commission and the EU member states will decide which Western Balkan countries qualify for the lifting of the Schengen visa requirement. The EU’s decision has the potential to restore the EU’s credibility and its soft power in the region. It can also balance the hopes of the people in the Balkans with the concerns of those responsible for protecting the Schengen area against illegal migration and organised crime.

On the one hand, there are great expectations on the part of the governments and the citizens of the Western Balkan countries. The visa requirement has been a matter of frustration, contributing to doubts as to whether the Western Balkans’ European perspective is real. Now, however, renewed enthusiasm and hope have appeared.

On the other hand, EU governments have stressed the importance of reassuring sceptical EU citizens that they will exercise fair, but strict conditionality when it comes to abolishing the visa requirement on Albania, Bosnia and Herzegovina, Macedonia, Montenegro and Serbia. The conditions were outlined in the EU visa roadmaps issued last year.

Based on what has been achieved so far (acceleration of reform efforts in the Western Balkans, numerous visits to the region by EU experts, and detailed analysis of progress by the European Commission), it is in fact possible to address both concerns – to be both strict and fair – at once.

We offer the following solution for your consideration:

The Commission assessments and expert reports leave no doubt that Macedonia has earned the right to visa-free travel as soon as possible, i.e. from January 2010 at the latest. Such a decision would send a powerful signal to the region that conditionality is taken seriously, and that reforms pay off.

Notwithstanding the upcoming European Parliament elections and a new Commission scheduled to take office in November, the EU institutions must make sure that a decision to amend Council Regulation 539/2001 is taken quickly.

For Macedonians to travel visa-free as of next January, the Commission must make the relevant legislative proposal within the next few weeks. The new European Parliament should then treat the dossier as a priority after the summer break, so that the Council can take the vote on it in the autumn.

Montenegro and Serbia still have a few conditions to meet. However, as the Commission concludes, even in areas where the two countries have not yet achieved full implementation, “a large majority” or “the majority of the benchmarks” have been met.

Given that the Council will vote on visa-free travel in five months at the earliest (at the JHA Council of 23 October), possibly even later (at the last JHA Council of 2009 on 30 November/1 December), it is advisable for the Commission to include visa-free travel for Montenegro and Serbia in the forthcoming proposal, while making sure that this is conditional on further reforms.

The next five or more months are long enough to assess whether both countries are serious about meeting outstanding requirements. If doubts persist, the Council could invite the Commission to conduct a final assessment ahead of the vote.

The Commission and the member states must refrain from demanding that Serbia prevent residents of Kosovo from acquiring Serbian passports. One of the roadmap conditions for Serbia clearly states:

“Serbia should ensure full and effective access to travel and identity documents for all Serbian citizens including women, children, people with disabilities, people belonging to minorities and other vulnerable groups.”

As long as Serbian governments claim, and some EU member states accept, that Kosovars are Serbian citizens (regardless of ethnicity), any open or hidden discrimination will be a breach of the principle of non-discrimination.

The EU is justified in asking for security in the process, in particular as regards the civil registries and the breeder documents that are used. But Serbia must not make the process discriminatory. As long as the EU does not offer Kosovo a visa roadmap or another process leading towards visa-free travel, it implicitly accepts that Kosovars are Serbian citizens. This means Kosovars have a right to Serbian travel and identity documents.

Albania and Bosnia and Herzegovina

Albania and Bosnia and Herzegovina clearly have to do more work before they qualify for visa-free travel. Being strict is as essential to the success of this process as being fair.

The policy question now is how to ensure that both countries undertake the reforms already achieved in Macedonia, Serbia and Montenegro.

It would be counter-productive to exclude them from the current process. Seeing Serbia move ahead of it could prove destabilising for Bosnia – most Bosnian Croats use Croatian passports, which allow visa-free travel, and an unknown number of Bosnian Serbs have acquired, or are in the process of acquiring, Serbian citizenship and Serbian passports. This would leave the Bosniaks as the only community that is subject to the visa requirement. The new Albanian government, which will emerge from the elections at the end of June, also needs a concrete prospect. For this reason it is advisable to offer both Bosnia and Albania a new timetable.

The best option would be to include the two countries in the forthcoming proposal to amend Council Regulation 539/2001 by moving them to the “white” Schengen list – but, in doing so, to stipulate that visa-free travel for Albania and Bosnia will remain pending until all conditions are met. The proposal should also include a specific date for a new assessment to be conducted by the Commission and EU national experts in early 2010.

The Council, at the same time, should continue to communicate clearly that it will take its decisions based on technical, not political, criteria – and that there will be no place in the process for discrimination or shortcuts.

It is already obvious that spelling out clear conditions has inspired reforms throughout the region that have made both the region and the EU safer. A Council decision that includes all five countries – taking note of their progress to date – will ensure that this process continues.

ESI is grateful to the Robert Bosch Stiftung for its support of the “ESI Schengen White List Project”.