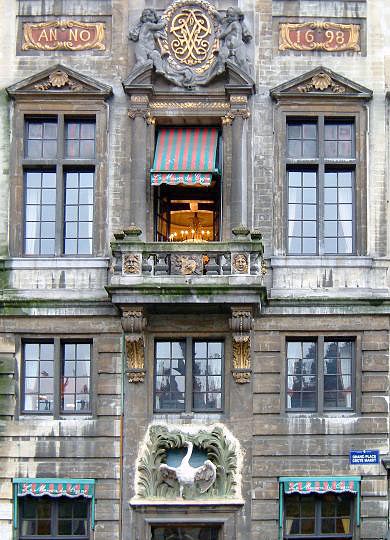 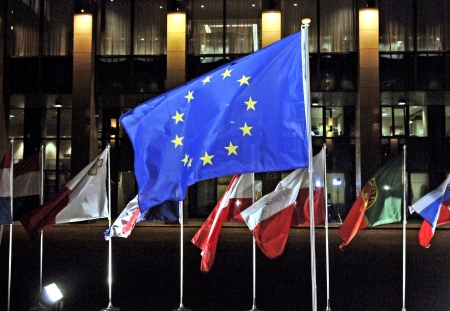 For the past seven years I have come to Brussels every few weeks.  These trips are all similar: walking between the buildings which surround Schuman square,   the Charlemagne (home to DG enlargement), Justus Lipsius (home to the European Council), the Berlaymont (the refurbished headquarter of the Commission) and the Residence Palace (home to the European Policy Centre, EPC, and to many NGOs and international media); entering various cubicle offices, spending time between meetings in the Greek cafe behind Charlemagne, giving power point presentations.

This three-day trip (Monday to Thursday) was no different.  However, having promised to describe how a think tank works in practice let me share the impressions of these days: an ordinary week in the life of a peddler of ideas.

I came to Brussels to give a briefing to Coweb (see below); to participate in a brainstorming organised by the European Policy Centre, an NGO; to meet EU officials to find out more about policy towards Turkey and the Balkans; to set up meetings with Olli Rehn and Javier Solana; and to work with Alex, my Brussels-based colleague, on the upcoming – and likely controversial – ESI report on the German debate on Turkey.

Presenting, brainstorming, persuading, interviewing, drafting: this is the bread and butter of a think-tanker.

Coweb and the Balkan Ghetto 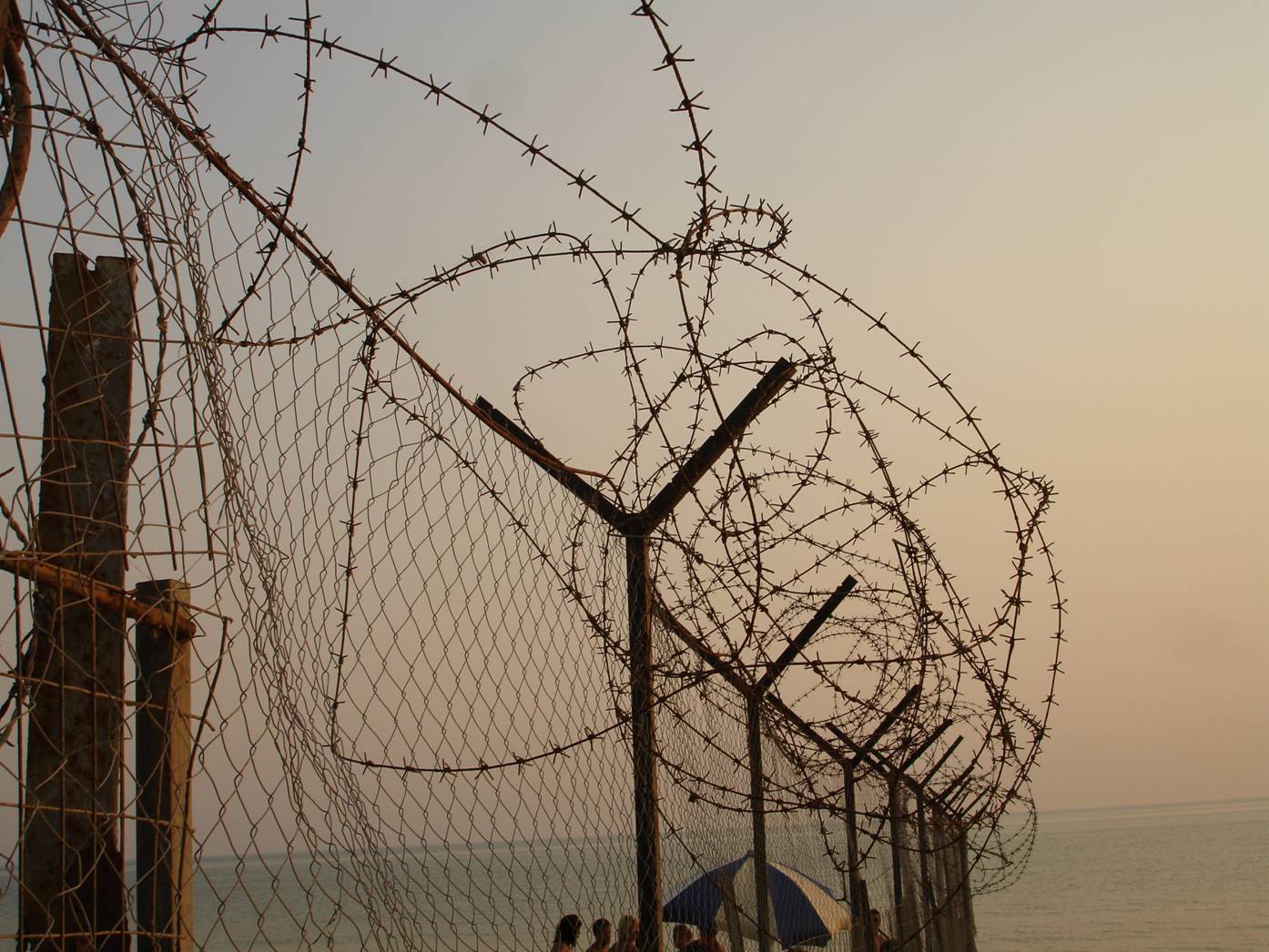 Coweb is a group where representatives of the 27-EU member states come together to discuss and harmonise policies towards the Western Balkans. Officials meet once a week in the Justus Lipsius building, currently decorated with photographs of Slovenia.  Meetings are chaired by the country holding the EU presidency, currently Slovenia.

(Alex and myself also brought two heavy boxes with the most recent ESI reports for each of the 27 delegations: the recent report on Doboj, the discussion paper on police reform in Bosnia, and the report on “cutting the migration lifeline” in Kosovo. “Dissemination of ideas”, even in the age of the internet, is a sport that involves heavy lifting).

I had been invited to Coweb before; in fact, this was my sixth presentation since 2001.  The goal this time was make a case for progress towards visa-free travel for citizens of the Western Balkans. It is a cause which Slovenian officials want to see advance during their presidency.  It is also one which ESI has pushed for some years.  Now it looked like there was momentum for a real breakthrough.

The Foreign Affairs Committee of the European Parliament had published an opinion in October 2007 where it had used harsh words to describe the “draconian visa regime” imposed by the EU on the Western Balkans:

“Rather than serving its original purpose, notably that of preventing local criminal networks from extending their activities outside the region, it has prevented honest students, academics, researchers and businessmen from developing close contacts with partners in the EU countries.  A sense of isolation, of undeserved discrimination, of ghettoisation has prevailed, particularly amongst the youngest, which has undermined their European identity.  Europe is a prosperous society to which they would like to belong but from which they feel rejected.”

The text goes on to “question the very foundations of the visa policy which the Union has hitherto applied towards the countries of south-eastern Europe” and concludes:

“The European Parliament, and the Committee on Foreign Affairs in particular, strongly advocate lifting as soon as technically possible the visa requirements for citizens of the region. In our view this should be a tangible sign that their countries belong to Europe ….”

The European Commission has also become bolder in calling for change. In its enlargement strategy paper in November 2007 it had announced that it wanted to start a dialogue with each country with a view to establishing road-maps defining the precise conditions to be met for lifting the visa requirement.

In a confidential draft of a “Communication on the Western Balkans” (to be published at the end of March), which it had circulated among member states, DG enlargement proposed to begin a  dialogue on visa liberalisation with each of the Western Balkan states right away, to conclude these talks by July 2008.  These talks were to lead to specific road-maps:

“They will set out benchmarks for the countries to meet requirements in areas such as border management, document security, and the fight against corruption and organised crime … the speed of movement towards visa liberalisation will depend on each country’s progress in fulfilling the benchmarks. … Once the conditions for each country are fulfilled, the Commission will propose to the Council the lifting of the visa obligation for the citizens of the country in question, through amending of Council Regulation 539/2001” 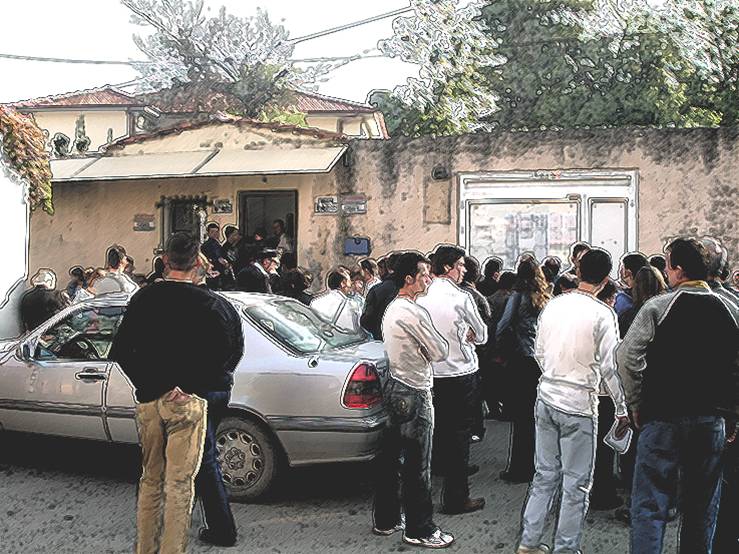 Adopting such a resolution would be an important step forward. However, the proposal remained controversial, both within the Commission and due to opposition from some member states, notably Germany.  For these member states even cautious steps forward – such as setting out more clearly what countries in the region needed to do  – went too far.  Spelling out the conditions in EU conditionality appeared to them too generous a concession.

So what, under these conditions, was the point of my presentation in Coweb?  I saw it as providing support for the argument that there was indeed an urgency for the EU to act.  We have long argued that it was in the EU’s own interest to give a “tangible sign to the region” that it belonged to Europe. The recent (and not surprising) turn of events in Serbia adds urgency to the message.

I first set out that the Balkans in 2007 was indeed a very different region from the Balkans in 1997, making arguments familiar from ESI reports: that there is no evidence that a country like Bosnia is “at the centre” of transnational organised crime, as is sometimes argued. That most outsider’s images about anarchy in Albania are outdated.  That introducing visa-free travel for Macedonians (2 million people), Montenegrins (600,000), Bosnians (less than 4 million people) or 3 million Albanians was taking a small risk indeed compared to granting it to Romania and Bulgaria in 2001 (which together have some 30 million inhabitants) … and that in the latter cases the importance of this step for their overall (successful) transformation cannot be exaggerated.  As Alina Mungiu-Pippidi, founder of the Romanian think tank SAR, once noted:

“It was the lifting of the visa regime rather than the beginning of the accession negotiations that made it possible for the EU to earn the hearts of the citizens of the Eastern Balkans.”

Compare this to the experience of most people in the Western Balkans trying to “reach Europe”: while Albanian citizens could watch the celebrations surrounding the elimination of the Schengen border between Germany and Poland and Austria and Slovenia in December 2007 on their TV screens, they were then told in January 2008 that one of the very few countries in the world to which they could still travel without too many problems – Macedonia – was planning to introduce a tougher visa regime, in the name of preparing itself for the EU!  In fact the Western Balkans are today one of the most isolated regions on earth in terms of travel restrictions. 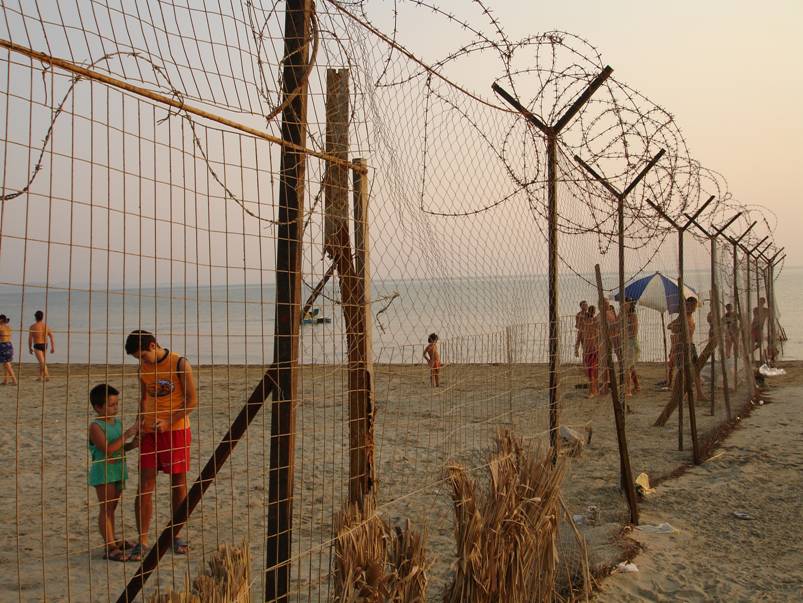 This is a strong (and  memorable) claim.  Here is the evidence: take a look at the Henley Visa Restrictions Index, a “global ranking of countries according to travel freedom their citizens enjoy“.  Albania comes 184 out of 192 countries in the world in terms of travel freedom! Or compare the freedom of travel of other Western Balkan countries with those of their fellow Europeans:

What signal does this send to the region, to Bosnia 12 years after the end of war, to Serbia 7 years after the fall of Milosevic?  Nor will visa faciliation – which entered into force in January 2008 – change the fact that half of all applicants for a visa in Albania in 2006 were in fact rejected and that the process of obtaining a visa remains burdensome and expensive for citizens across the region.  For this I could refer to an excellent analysis done by the Tirana-based think-tank Agenda.

At the same time,  while some things are better than they appear from the outside, other problems – including the dramatic erosion of EU soft power in Serbia and the unchanged social and economic crisis in Kosovo – are worse than they look.

Few EU policies have done more to undermine the attractiveness of the EU model of society than its visa-policy: both directly (few people from the Western Balkans can actually go and see how EU countries, including new member states, develop) and indirectly (by increasing frustrations and cynicism about the rhetoric of “steady progress towards integration”).  The political price for this can be witnessed in Serbia.  Unless something is done it is likely to rise across the region.  There is also a high economic price: compare the development just in the past few years in two very similar cities, Novi Sad in Northern Serbia and Timisoara in Western Romania; or look at the economic fortunes of two groups of people living next to each other in Central Bosnia (Bosnian Croats, who usually have a Croatian passport and need not aquire a visa to travel, vs. their Bosniac neighbours, who do not).  In Central Bosnia most of the businesses are set up by Croats.  Having interviewed many of these entrepreneurs it is obvious that their ability to travel freely to Europe is a key to their success.

In conclusion I suggested to put all countries of the Western Balkans on the “white Schengen list” immediately with an asterix (*).  The same was done for Romania in 2001.  Under this proposal the asterix would indicate that once conditions defined in country-specific road maps were met visa free travel would follow.

This would send a powerful political message at a moment when the EU needs maximum leverage in the region (and risked loosing it).  It would support those (in the Commission and among member states) who call for precise roadmaps to be drawn up soon. It would increase the incentives for Western Balkan governments to implement reforms that reduce crime.  It would provide civil society in the region with a tool to push their own governments to address specific shortcoming (such as the lack of a credible civil registy in Albania!). It is a win-win proposal which costs little.

The presentation was followed by 30 minutes of comments and questions. There was quite a lively exchange of opinion (which I cannot quote).  Overall, however, there was broad support among a majority of member states to do something.  There was also resistance from a few others.  By the time Alex and myself left Coweb we could hope to have added a small pebble to the pyramide of arguments needed to change opinions on this matter.

A few months ago in Novi Sad (October 2007) ESI had co-organised a brainstorming with think tanks from across the region on how to mount a campaign on the visa issue, bringing together institutions working on this across the region. Now we are getting ready to launch this campaign. Coweb is a good way to start, even if the intellectual and political battle is certain to continue.

One Reply to “Peddling ideas around Schuman I (Brussels in January: Coweb)”