Umit Kardas welcomes my colleague Ekrem and me in his office just off the main pedestrian street in the busy Beyoglu quarter of Istanbul.

The office is filled with books, a new version of the Turkish Penal Code, reformed in 2004, lies on the desk. Kardas smiles and offers us two glasses of Turkish tea. He is a mild-manner and very polite man. It is only when I begin to ask questions about the current political situation in Turkey that his smile disappears.

No wonder: Kardas knows more than most about anti-democratic attitudes within parts of the Turkish state administration.

Kardas served as a military judge during some of the worst periods in Turkey’s war against the PKK in South East Anatolia. There was a time, he noted, when most suspects brought to his courtroom bore signs of torture. He resigned. He has since turned into one of the best informed critics of official Turkish nationalism.

But has the situation regarding torture not changed fundamentally since the 1990s, I ask him?

“There is progress, yes, and there is less torture today. But this progress could be reversed if the general situation develops in the wrong way. Then there could even be a return to torture”

What would cause such a reversal?

“Turkey is not a country that has so far turned into a functioning democracy and the supremacy of the rule of law. A state based on the rule of law has not come into being. There is an ongoing struggle between the government and the Turkish armed forces. …

Now Turkey has come to a critical point. Either Turkey will stick with the status quo, close itself and turn into an anti-democratic, authoritarian country; or prodemocratic forces pushing for an opening of society, for a withdrawal of generals from politics, for an enlargement of civil liberties will prevail. Based on what I know I am a pessimist, but based on my desires I am an optimist.”

“The military is constantly interfering in politics, writing declarations, trying to influence politics. In a democratic country the government would send these generals into retirement. According to Turkish laws it is forbidden for members of the armed forces to interfere in politics.”

“Since 1980 the military has become used to exercising power which it now does not want to abandon. So on the one hand it acts like a political party, and on the other hand it does not run in elections, is not exposed to control and criticism but nevertheless is part of the government.”

“There is no change in mentality and basic structures. At least some things that one could not talk about in the past are now discussed openly. But this opening is not without risk as we see in the case of Nokta, or Semdinli.”

Nokta, Semdinli: for Kardas both of these events became symbols in recent years that forces of authoritarian nationalism have not yet been defeated in Turkey.

Semdinli is a place in the mainly Kurdish South East of the country near the border with Iraq and Iran.

On 9 November 2005 there was a bomb attack on a bookstore. One person died. The Van Third Criminal Court was later to decide that two noncommissioned officers were guilty of the crime. They were both captured on the spot by a furious crowd. On June 19 2006 the two noncommissioned officers, Ali Kaya and Özcan İldeniz, were found guilty and sentenced to serve 39 years and 10 days in prison. 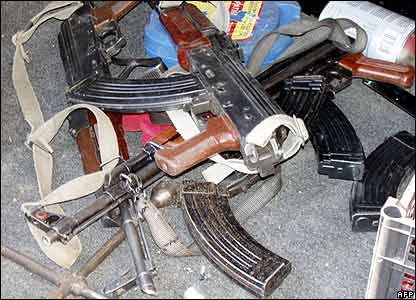 The court also noted that the group responsible could not have been set up or led by the noncommissioned officers and that they could not have carried out the act without the tacit approval, protection and involvement of more senior officers.

However, when Van Prosecutor Ferhat Sarıkaya implicated in his indictment (the current chief of general staff) General Yaşar Büyükanıt, together with some other top commanders, he found himself disbarred by a panel of judges set up by the Supreme Board of Judges and Public prosecutors. He lost both his job and his license as a lawyer.

Later the Semdinli case was transferred to a military court. This military court then released the two noncommissioned officers (NCOs) pending the outcome of the trial.

For more in the press go here:

In March 2007 the weekly magazine Nokta published an article about a confidential list by the Turkish military blacklisting journalists and press organs, a leaked report prepared by the Office of the Chief of General Staff categorizing journalists as “trustworthy” (pro military) and “untrustworthy” (anti military). While the military acknowledged the existence of such a list, they declared that the version published by Nokta was “only a draft”.

Later that same month Nokta published excerpts of a diary, alleged to have been written by admiral Özden Örnek, a former navy commander. The diary entries gave details of two plans for a military coup, discussed by the commanders of the army, navy and the air force, together with the gendarmerie chief, and aiming to overthrow the AK Party government in 2004.

Following these publications, the magazines’ offices were raided by the police in a three-day operation. Subsequently, the owner of the magazine discontinued its publication.

For Kardas both cases sent strong and negative messages to the Turkish public: the outcome of the Semdinli case discouraged prosecutors; “Who will dare to take on the military again in the near future?”, he wonders. And the outcome of the Nokta case discourages the press. There is a degree of self-censorship, he worries, and the taboos, what one reports on and what one remains silent about, have been reinforced.

It is a sombre picture of Turkish society, and a disheartening analysis of the balance of power between the forces struggling for control of the country that Kardas has to offer. And it feels strange to step out of the house where his office is into the bright sun on Istiklal street on such a bright spring day, to pass Gloria Jeans and Starbucks cafes and then to head for the bookshops in the centre of the city.

And yet, as long as there are people like Kardas liberalism and the European vision will remain alive in Turkey.

Kardas, in the meantime, returns to his job: preparing the defence of the former editor of Nokta, who showed courage when others did not, in a Turkish court.