Let me first say that ESI welcomes the recent Commission proposal on visa free travel to the Balkans. Considering what expectations of progress were only 12 months ago – looking forward to a year with EU Parliamentary and German parliamentary elections, against a background of enlargement fatigue and a deepening economic crisis – this proposal is a very positive signal for the whole Balkan region.

We wrote an article on this, which you find here. The article also appeared as a commentary on BIRN.

We have a serious concern about the implications of this proposal for Kosovo. But this is not due to shortcomings in the Commission-led effort: it is rather that Kosovo is excluded from the meritocratic roadmap process. We also have one suggestion to improve the proposal for Bosnia and Albania. But much of the criticism made of the Commission proposal in the past week does not appear fair to us.

Ok, you might say, but what about the most important criticism one could hear in institutions such as the European Parliament: that the European Commission proposal on visa free travel, which was announced this week, is anti-Muslim?

A good friend and expert on the Balkans sent me the following email and question:

“I have been approached by Muslim friends from Britain, Germany and Turkey asking me whether the Commission has understood that the exclusion of BiH and Albania is sending out a negative signal to Muslim communities around Europe and beyond. Furthermore in the case of BiH where Orthodox and Catholic inhabitants have an option of joint citizenship with Serbia and Croatia, Serbs and Croats from BiH will be able to travel freely using their Serb and Croat passports while Bosniak Muslims will not. Has this rather urgent political issue been considered either by you or by the Commission?”

It is a serious question, and we have discussed it a lot inside ESI. So let me share with you the email I sent him in response:

” Yes, this issue has been considered. Anticipating these debates, we looked in great detail at every one of the five countries, producing a one page score card and a very much longer analysis of each of the conditions that still have to be met based on studying all Commission documents and expert reports.

All of these can be found here: http://www.esiweb.org/index.php?lang=en&id=353

Concerning Bosnia, look in particular at:

Now compare these to the one page report and detailed analysis of Macedonia, and it is obvious that there is a difference.

In addition, the Commission has recently outlined itself the precise conditions that Bosnia and Albania still have to meet, sending a detailed letter to the Bosnian Ministry of Security.

In short, considering that meeting the benchmark conditions is the only criteria for visa free travel, the Commission has made the right decisions so far. Bosnia was the last (!) country to introduce biometric passports, for instance, something that was due to sheer incompetence and lack of focus. You could argue that this should not be a criteria (and Bulgaria was given visa free travel in 2001 without having biometric passports), but this is changing the rules of the game while the game is being played. This never works in the EU.

Thus, what critics of the Commission proposal for Bosnia are doing is not in fact arguing with these facts. They want to change the terms of the debate.

Critics argue that that there is a strong moral case for Bosnia to be granted visa free travel. The gist of this argument is a rhetorical question: “How can Mladic travel to the EU with his Serbian passport, but the relatives of his Srebrenica victims cannot?”

Critics also argue that this decision is inherently anti-Bosniak, as Croats and Serbs in Bosnia can circumvent the problems with the Bosnian passport by applying for Croat and Serb passports. This is of course not a new problem at all (in the case of Croatia it was always true).

I personally have a lot of sympathy for this argument (although I hope that Mladic tries out his new Serbian passport soon and ends up in The Hague as a result).

But this is an argument to give Bosnians visa free travel already in 1995! The fact that we are now talking about 2010 shows that it has not worked too well until now.

In fact, purely moral arguments for visa free travel have never impressed sceptical Europeans, only already convinced friends of the Balkans. This is, after all, not a new debate. Moral arguments have been made many times in recent years. They have been made for Serbia (after courageous young people toppled Milosevic, did they not deserve visa free travel?), for Kosovo (there was a decade of apartheid, followed by mass murder and massive expulsions in 1999: how does Kosovo deserve to be the most isolated country in the world today?), for Macedonia (having implemented the Ohrid Peace Agreement and been granted EU candidate status in 2005, did the Macedonians not deserve visa free travel at least as much as Romanians did in 2001), etc …

Moral arguments are important, but they are not sufficient. This we have learned in the past 15 years.

What brought about this week’s breakthrough, however, was the fact that the terms of debate changed recently: that the logic of the process became the slogan of our campaign “strict but fair”. Conditionality turned out to be the best friend of the region!

The argument for the roadmap process is not one of political morality. It was from the outset based on a very rational argument: that it actually IS in the EU’s security interest not to have to rely on visa, but to be able to cooperate with Balkan countries that have implemented the very demanding set of reforms described in the roadmaps. This makes everyone safer. Granting visa free travel is not a gift to a long-suffering region, but a win-win situation for all Europeans. 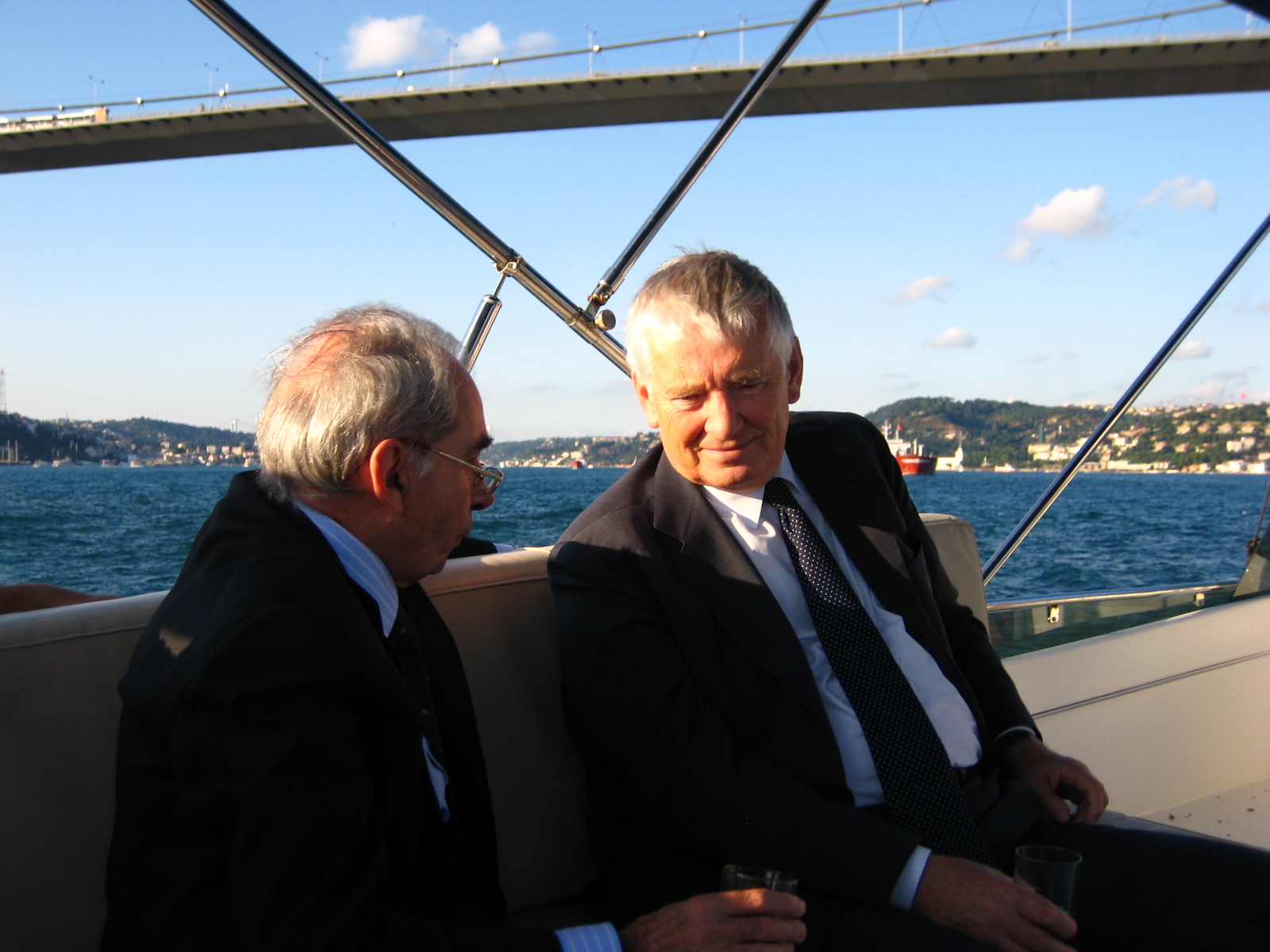 We strongly supported this logic, because we felt that it would work. We were also convinced that leaders in these countries were capable of surprising the EU and actually implementing these demands faster than anticipated. And this is indeed what has happened.

Even Bosnia is today much closer to visa free travel than it has ever been in the years since 1995.

Of course, there is always a danger that despite a process of objective assessment (with numerous expert missions visiting the region in recent months) political considerations would enter at the end; that prejudices could cloud the process.

Contrary to what most friends of Bosnia in Europe believe, however, allowing a bigger role for purely political considerations would likely be harmful not beneficial for Bosnia, given its terrible image in some EU countries and the regular recurrence of articles on dangerous islamists in Sarajevo (again earlier this year in Der Spiegel, an article on “the fifth column of the prophet”). We have long warned that this image, which is not deserved, as well as regular alarmist articles that Bosnia might be about to go to war again are doing terrible damage to the European future of the country. But one effect of this bad press is that the less European decisions are based on perceptions, and the more on facts, the better for Bosnia.

Thus, I believe that the principle of “strict but fair” is also in Bosnia’s (and Albania’s) interest. Both countries have an image problem in Europe that can best be overcome by focusing on concrete deliverables.

At the same time, Bosnian leaders need to be told by their friends that if Macedonian Albanians and Macedonians could implement these changes following their fighting in 2001, so must they. Until now at least there is no evidence that this is not actually in their hands.

There are two potential challenges to “strict but fair”:

In short, for now the best message to give to Bosnian leaders is not to lean back and hope that Europe’s bad conscience about Srebrenica will do their work, but to sit down and focus on the roadmap. The EU should help, monitor the process closely, and respond fairly.

This has also been our answer to questions by Bosnian media in recent days:

“Yes, you have a moral case, but this is unlikely to convince sceptical interior ministers in sceptical EU member states. Dont’ rely on it. In fact, the example of Macedonia and Montenegro shows you that implementing these reforms will lead to the desired goal much faster than any campaign based on the history of a war that ended in 1995. As for anti-Bosniak prejudice, so far we have not found evidence of it in the Commission evaluations. Lets be vigilant, but lets admit also that so far the Commission has been fair according to the standards of the roadmap process.”

In fact, we feel, looking in detail at all the still outstanding conditions, that if a real effort is made, Bosnia and Albania might be able to meet these conditions within the next 12 months. That would obviously be best for everyone. All our efforts should now go towards making this possible.

This is why our protest focuses on the specific commission recommendations concerning Kosovo: Kosovo is not even being offered the chance that Bosnia and Albania have to prove that it can or cannot implement the roadmap requirements. This is the opposite of “strict but fair” … a lose-lose situation for the whole region and the EU.”

3 Replies to “Is the EU visa proposal anti-Muslim?”