A morality tale in two acts – Part I

One country in the world you expect looks forward to every new international ranking and comparison must surely be Finland, a small Nordic European nation of 5 million. It does not matter what is being measured – happiness, creativity, sustainability, gender relations, the well-being of children, even bike-friendliness: Finland always ends up as a global outlier.

Last summer I travelled to Finland to learn more about Finland’s special expertise in border management. I travelled around the country with a Finnish border general, visiting the Russian land border, the coast guard headquarters and Helsinki airport, learning about smart borders, new technology and international cooperation in the Baltic Sea. It was an impressive demonstration of Finnish competence, and a reminder of just how geopolitically exposed this small nation has been for centuries. It was also puzzling. Why was Finland so prosperous? Did this story of democracy and prosperity in the 20th century hold broader lessons for other small European countries with a troubled past in a complicated neighborhood? What would it take for Macedonia (Kosovo, Albania, Bosnia or Serbia) to become as wealthy and prosperous as Finland anytime in the future? Why is Macedonia not like Finland?

As a novice to all things Finnish I dug into reading whatever I could find in English and German. I hope Finnish friends will correct my necessarily superficial impressions and comment and add to these reflections.

A matter of comparison

First, a word on how to measure a country’s success. If you study how various international rankings are put together, and how many there are, you are certainly right not to take any single one of them too seriously. However, considered as a group, rankings can tell an interesting story. Here is a collection of international comparisons I looked at last year before setting out on my trip to the North.

There is the UN World Happiness Index, based on work by Jeffrey Sachs’ Earth Institute:

“FINLAND has been judged to be the world’s second happiest country in the United Nations’ World Happiness Report, which was released on 2 April. Denmark took top spot.”

There is the Legatum Prosperity Index 2012: here Finland came seventh.

There is the Sustainable Society Index, with Finland again among the top ten:

The UNICEF Child well-being index looks at the welfare of the youngest:

Finland was famously the first country in the world to grant women the right both to vote and to be elected to parliament. In the first Finnish parliament in 1906 there were 19 women MPs out of 200. This percentage was not reached in Turkey until 2011! The most recent 2012 Global Gender Gap index shows that Finland has not lost ground since:

Even a recent index on bike-friendliness puts Finland in the top group in Europe:

Finally, the rankings that contributed most to making Finland a global sensation are the OECD’s PISA tests, measuring the literacy, math and science skills of 14-15 year olds across the world. Finland’s PISA success since 2001 has brought literally “thousands of delegations” (Pasi Sahlberg, who wrote a great book on the topic) to Europe’s North to find out how Finland achieves these successes.

In short, Finland is doing well. The obvious question for a Macedonian, Albanian, Bosnian or Serb who looks at these rankings is whether this has any relevance for their own societies.

What is the cause and effect in such a success story? Is it surprising that a society where children live well, are healthy, brought up by parents who live and work in creative cities, also has good schools? Is it not obvious that a country where young girls grow up in an environment of exemplary gender equality is better at educating the female half of the population than a patriarchal society where women still do not inherit land, as remains the case in Kosovo? Is Finland’s prosperity the result of its good education system … or is it the reverse?

Behind such unresolvable chicken-and-egg questions stands a bigger one. Can one look at any other country – especially one whose language very few outsiders understand – and derive useful roadmaps for domestic reforms? On the other hand, has not all progress since time immemorial be based on emulation, imitating in order to equal or excel:

“If the tribe across the river has taken the step from the Stone age to the Bronze Age, your own tribe is faced with the choice of either sticking to its comparative advantage in the Stone age or trying to emulate the neighbouring tribe into the Bronze Age … a strategy of emulation was a mandatory passage point for all nations that are presently rich.” (Erik Reinert)

Take education. A lot has already been written on the “lessons from Finland” and its success in PISA tests. Finnish children famously attend school for fewer hours than children anywhere else: 5,500 hours between ages 7 and 14 (compared to more than 7,000 hours in many other OECD countries). Italian 15-year olds have attended at least 2 more years of school than have their Finnish peers between ages 7 and 15. They also start school two years earlier. Yet, Italy ranks only 32nd in maths and science and 27th in reading. Clearly success (as measured by PISA) is not a mechanical result of hours spent in school.

This raises many questions. What is one to emulate? What do Finnish pupils learn when they are not in school? One whole chapter in a recent book on Finnish education describes the non-school learning environment, the role of museums and libraries. In 2010 there were 796 main and branch libraries in Finland. There were 53 million library visits a year, and the average number of loans was 18 items per Finn annually. It would be interesting to have comparable statistics from Macedonia or Kosovo, starting with the number of public libraries and comparing reading habits. Pasi Sahlberg, an expert on education, also wrote:

“With school days running shorter in Finland than in many other countries, what do children do when their classes are over? In principle, pupils are free to go home in the afternoon unless there is something offered to them in school. Primary schools are encouraged to arrange after-school activities for youngest pupils and educational or recreational clubs for the older ones.”

He added that two thirds of 10 to 14 year olds belong “to at least one youth association.”

What are the policy lessons? Is it that children in countries where there is a lot of creative stimulation outside of school do not need to spend too many hours in class … but the reverse is true in countries without museums or public libraries? That even in the age of the internet, books and a network of public libraries matter when it comes to stimulating a love of reading? (Or is it perhaps even more important which kinds of books children find, in their own language, once they set foot in such a library?)

On the other hand, if everything matters, since “it takes a village to educate a child”, does studying any individual aspects of Finnish policy offer guidance to a Macedonian, Kosovo, Albanian or Bosnian (cantonal) minister of education?

In fact, the real lesson – the main point to underline and discuss from a Balkan perspective –may be altogether different and more basic. It is not this or that aspect of Finnish education, public administration or social policy that matters most. It is the general attitude towards progress and development, the sense of what issues matter most, which shapes how to allocate one’s most precious resource … time and attention.

The real and significant difference between Macedonia and Finland are the issues people – decision makers, parents, teachers – consider important enough to wrestle with until they find incremental improvements. 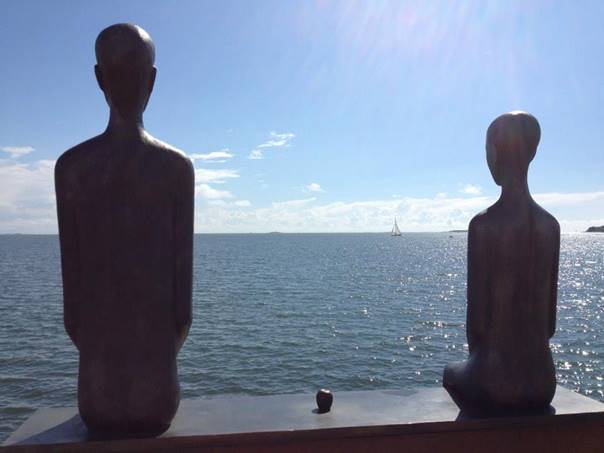 It is, for instance, well known that Finnish teachers are exceptionally well-educated. In Finland all primary school teachers require a master’s degree from university, and need to do real research into education issues as part of their education. They are expected to think seriously about the activity they will engage in. They are asked to think about primary education, to ask different and new questions about what constitutes success. In this way they take part in a wider national conversation.

Is this kind of reflection part of the education of teachers in the Western Balkans? Are teachers in Macedonia or Kosovo taught pedagogical thinking skills? Is education itself the main subject of their education?

And what about policy makers? Do debates on education policy in the Western Balkans always proceed on the basis of empirical research? Are reforms grounded in real assessments of the status quo? Are education policy issues discussed seriously in national parliaments?

I think most of you reading this will suspect what the answers to these questions are. But how might this state of affairs be changed?

Let us take a look at 2012 PISA rankings again and compare Macedonia and Finland:

At the time Finland did best in science and reading among EU members (For more background look at Pasi Sahlberg on Finnish education). Poland and Estonia also performed well. Serbia performed somewhat worse than Turkey. Albania did very badly.

And Macedonia? It did not even take the test! This is all the more puzzling given the dramatic results when Macedonia took the test, once and for the last time, in 2000. As the OECD found then:

“At the lower end of the scale, 18 per cent of students among OECD countries and well over 50 per cent of the student population in Albania, Brazil, Indonesia, FYR Macedonia and Peru perform at Level 1 or below. These students, at best, can handle only the most basic reading tasks. Students at this level are not a random group.”

The share of students with serious difficulties in reading (PISA 2000) was as follows:

Or, in even more shocking detail:

Level 1 “represents those students who have serious difficulties in using reading as a tool to advance and extend their knowledge and skills in other areas.”

Level 5 “indicates those students who are able to manage information that is presented in unfamiliar texts, show detailed understanding of complex texts and infer which information is relevant to the task, and critically evaluate and build hypotheses with the capacity to draw on specialised knowledge and concepts that may be contrary to expectations.”

(Macedonia has just now, after 14 years, taken the test for the second time. May this be the start of a different debate?)

All leaders have a limited budget of attention. What are the issues foremost on the mind of prime ministers and ministers when they go to bed or wake up in the morning? What questions do they ask foreign visitors? It was the father of modern management studies, Peter Drucker, who wrote once:

“We rightly consider keeping many balls in the air a circus stunt. Yet even the juggler does it only for ten minutes or so. If he were to try doing it longer, he would soon drop all the balls.”

After all, the one totally inflexible resource of every individual – parent or prime minister – is time. This is also true for the political class. What activities do they allocate it to? What is being studied and debated in parliament, local governments, parent-teacher associations, in detail? What issues are being studied seriously and empirically?

If education is not one of those issues then it is not surprising that Macedonia has not been catching up with the rest of Europe. One might also then assume that the current generation of pupils emerging from its schools will not be able to compete, as they should, with their peers elsewhere in Europe.

But how does a society even begin to obsess as much about human capital, education and fostering creativity as this small Nordic nation?

To be continued HERE  … mousetraps-and-romantic-nationalism 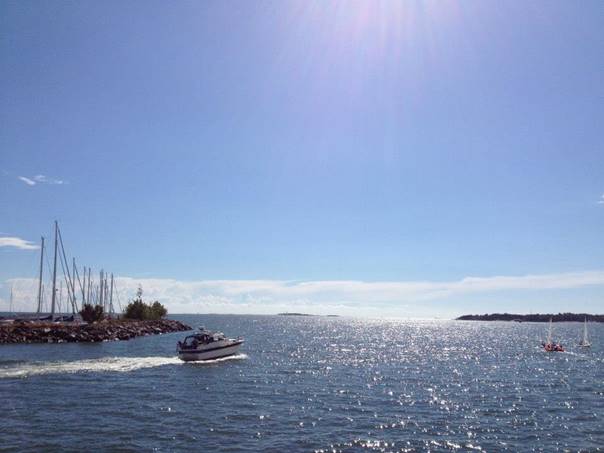 The Baltic Sea near Helsinki