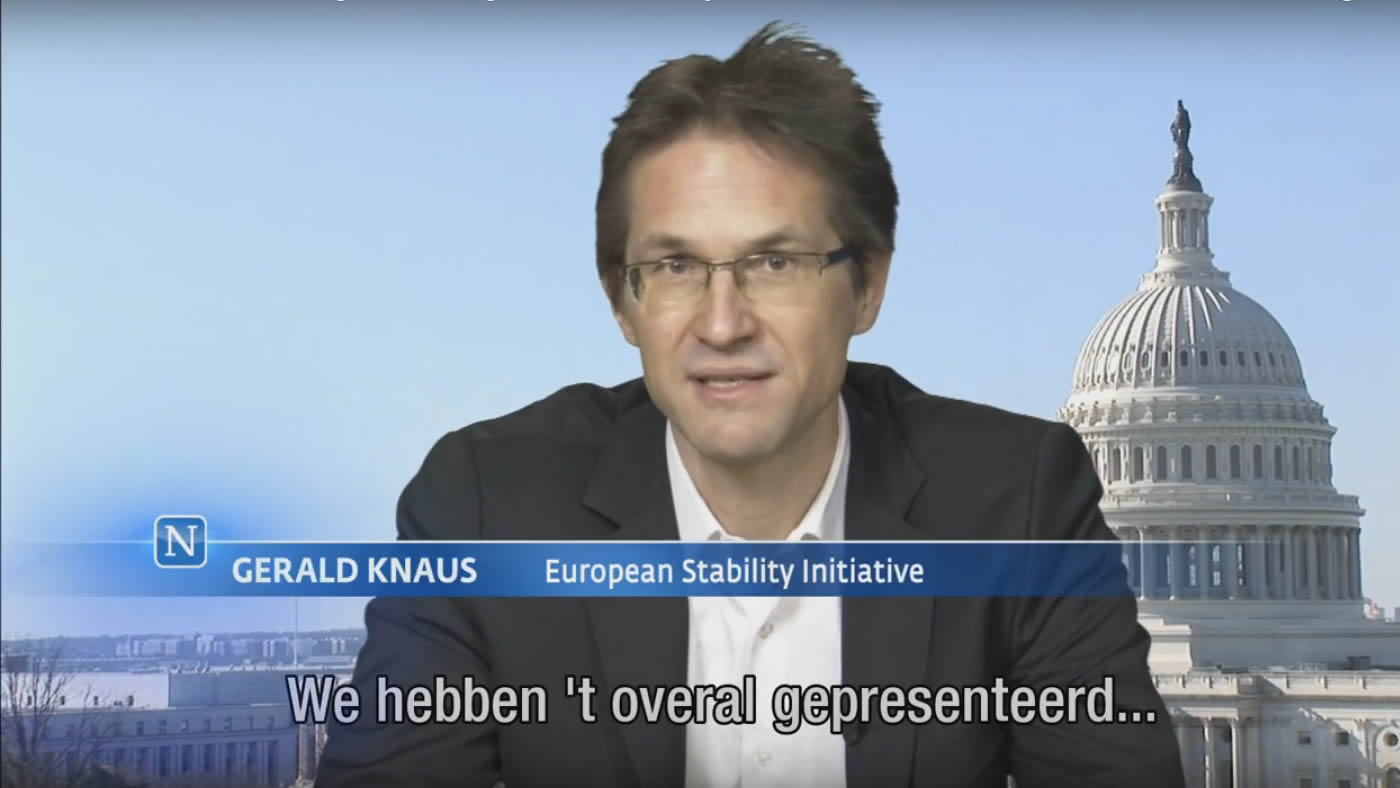 “Is this a game changer?”, Dutch Newshour asks yesterday night, as it interviews Social Democrat leader Diederick Samsom about the proposals he presented on how to address the current refugee crisis. On the one hand, he notes, there has to be readmission from Greece to Turkey. On the other hand there has to be an effective coalition of willing EU members to take refugees directly from Turkey.

The interview is here (in Dutch). I explain the thinking behind our plan (in English):

A short history of the Merkel-Samsom Plan

“The new Dutch proposal was hailed by the thinktank that first proposed a version of the scheme, the European Stability Initiative, who published several papers on mass resettlement in September and October. Gerald Knaus, the head of the ESI, said: “What we have seen this week is a race between two ideas – the Hungarian idea of building a fence, and the German and now Dutch idea of making a deal with Turkey that works.” Knaus added: “It’s much too early to say that this is a breakthrough, but it’s much better than the other ideas that have been proposed.”

“The Netherlands is gathering support among a group of EU countries for a plan to accept “a couple hundred thousand refugees per year” from Turkey, in exchange for sending back all illegal migrants that arrive in Greece. The plan was revealed on Thursday (28 January) by Dutch social-democrat leader Diederik Samsom in an interview with newspaper De Volkskrant, and has the support of prime minister Mark Rutte. The Netherlands currently holds the rotating six-month EU presidency. “I think there is a realistic chance that by this spring a leading group of EU countries will have an agreement with Turkey about a legal migration route for a couple hundred thousand refugees per year, in exchange for [Turkey] accepting back everyone who enters [the EU] via Greece,” Samsom told the paper’s Brussels correspondent. The idea is to distribute “between 150,000 and 250,000” refugees among EU countries who voluntarily take part in the plan. A first meeting about the plan took place in December, with Rutte, German chancellor Angela Merkel, Swedish prime minister Stefan Loefven, and Dutch EU commissioner Frans Timmermans. Samsom noted he has been speaking “intensively” with Germany, Austria, and Sweden “because they have social-democrats in the government”. “In the worst case scenario, only these countries plus a few like France, Spain, and Portugal take part,” he said, adding that France has been “dodging” the issue.”

We will from now on call this the “Merkel-Samsom Plan”; a German and a Dutch, a Christian Democrat and a Social Democrat: a grand European coalition of the willing. This a very promising development indeed.