Interesting interview in Dutch daily paper NRC with the leader of the Labour Party, Diederik Samsom. He was one of the key players persuading the Dutch EU presidency and his coalition partner Mark Rutte to back the Merkel Plan and talks with Turkey … and thus it became the Samsom plan as well. Samsom explains how this happened, and what should happen next.

“I reconcile myself to the damage, the result is in ‘

Samsom called the European agreements to stem the flow of migrants across the sea “hard and humane”. The Labour leader looks back at his role in the deal with Turkey and at the fierce criticism he received for it.

From our editors Stéphane Alonso and Annemarie Kas, The Hague.

Reach your goal, reap no appreciation. The recently concluded refugee deal with Turkey has, politically, cost PvdA (Party of Labour) leader Diekerik Samsom more than it brought him for now.

His appeal to start with an ‘air bridge’ from Turkey angered his coalition partner VVD and his proposal to send refugees back to Turkey is opposed by humanitarian organizations and legal experts. Now there is a deal with precisely these two elements: fewer illegal migration (return) in exchange for more legal migration (airlift). This should discourage refugees to make the dangerous crossing and at the same time offer them a safe alternative in Turkey. “Hard and humane,” Samsom calls the agreement.

What role did Samsom actually play in this story? According to Gerald Knaus of the think tank European Stability Initiative he was “very important”. Knaus is the spiritual father of the deal. But his ideas, he says, only took off when Samsom and German Chancellor Angela Merkel made them political.

Next weekend Samsom will go to Lesbos to see how, and if, the agreement is being implemented. The challenge is enormous: from the 20th of March refugees are no longer allowed to travel on to the Greek mainland, but the first readmissions are schedule for around the 4th of April. The administration is now preparing for the new procedure. However, aid agencies withdrew last week because shelters on the Greek islands are said to be turned into ‘detention centers’. 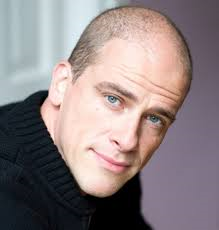 Do you understand that aid agencies have withdrawn their support?
“I do not understand what it is that they no longer want to be a part of. Aid organizations were not involved in the asylum procedure and neither should they be. They help and support the refugees. I am sorry if this withdrawal remains: the critical eye of Save the Children is an added value on those islands. And of course the asylum procedures must comply with international treaties, that is my starting point. ”

What is your first impression: does it work?
“There was not enough shelter during the first days, but now there is work to create better care for women and children. The inflow is declining. Not to zero, but passing from 2,500 a day to around 200 is a significant decline. Whether this decline continues remains to be seen. ”

When will the EU start to take refugees in from Turkey?
“As soon as Turkey starts with taking back refugees. Ideally, the same hour, the same minute even. ”

The images of refugees that have to be returned will be quite shocking. Do you find that difficult?
“That this is uncomfortable is indisputable. But the point is that no more people drown. ”

Who still dares to cross to Greece, forfeits his chance of legal migration to Europe. Is such a harsh punishment necessary?
“That is not literally what is put in the agreements. We want to help the most vulnerable, people in eastern Turkey who have nowhere to go, have nothing and are dependent on food aid. The people who cross are still those who can afford it. This form of Darwinism is what we oppose. We are investing 6 billion euros in improving the situation for refugees in Turkey. For that reason I would avoid the word punishment.”

Non-Syrians have less protection in Turkey. According to Amnesty, Afghans are harshly deported. Can you return these refugees to Turkey?
“We (the Netherland) also deport people back to Afghanistan.”

Not without an asylum procedure. Aren’t these deportations alarming?
“There is reason to be alert. If refugees do not receive protection in Turkey, they do not go back. That is clear. However, this creates a gap and the concept falls to pieces, which is also not what you want. Turkey must therefore give everyone the same protection. This is also what is agreed upon. ”

Turkey thinks differently about fundamental issues such as press freedom and human rights. Did you sell your soul?
“No. I will not let 2.7 million Syrians become victims in Turkey because Erdogan does not behave as we want him to. We also can refuse to talk to Turkey: we did that for ten years and that certainly did not improve the situation. ”

The EU previously signed an agreement with Turkey, in November last year. The country then promised to stop refugees in exchange for 3 billion euros. Nothing came of it. Samsom realized during a visit to Izmir in December that the Turkish guards would never win the cat-and-mouse game with refugees. On the plane back to the Netherlands Samsom read the plan of Gerald Knaus: a Eureka moment. He discussed it at the coalition meeting and on the 17th of December Rutte presented it at a mini-summit of EU leaders in Brussels as the ‘Samsom Plan.”

Why on earth did they use this name?
“It was a smart move by Mark Rutte, directed at the Austrian leader Werner Faymann, like me a Social Democrat. He thought: if I say that it comes from Samsom, Faymann has to listen. Typically Mark. ”

Chancellor Angela Merkel was already working on it by then?
“Yes, much earlier. Only she put emphasis on the legal migration, while the plan only works if you also tackle illegal migration. Knaus needed someone who could take this policy to the next level. He himself was convincing civil servants, but the impact of this is limited. ”

What did Rutte report to you from Brussels?
“It was well received, but as a sort of Plan B. The original plan was still just to stop everything.”

The first time you spoke publicly about this plan, you said that people would be returned “by returning ferry”. That was perceived wrongly, also by the European Commission.
“That’s right. We could have done things better along the line. On the other hand, I felt inclined to explain the plan as well as I possibly could to everyone. ”

You visited European Commissioner Dimitris Avramopoulos (Migration) and President Jean-Claude Juncker of the European Commission.
“The three of us talked about the plan for 20 minutes, in every detail. I realized again how strong Knaus’ idea was. ”

On March 3rd you added something else: Europe had to start soon with resettlement from Turkey. You received strong criticism.

“Angela Merkel was just before state elections then, so she simply could not say this. It would have been much better if she would have done it, because, who am I? But someone had to say out loud that the EU wants make legal immigration possible. There, the Turkish negotiators were stuck. They thought: we do not want to be an open-air prison “.

You got Mark Rutte angry.
“Mark made a different assessment of the negotiations. He said: as of yet we are not prepared for an airlift. I do not know his definition of “as of yet”, but three days later it was on the table. ”
Thanks to your statements in the press?

“I do not know. I only know that on Thursday the cabinet still said nothing happened in the diplomatic area, and on Sunday the Turks were on board.”

Turkey suggested that for every refugee they accepted back from Greece, they could send one Syrian to the EU. Who came up with that?
“I did. Given their mistrust we had to find a way to be on an equal footing. That was difficult. Mark thought: then they will let a million people go to Lesbos and we will have one million refugees. Various formulas came along, “one plus five minus two,” it seemed like mathematics. ”

In the Parliament and the Dutch public opinion your efforts were not appreciated.

“I was not concerned with what should have happened here in terms of publicity. That was not important enough to pay much attention to. ”

You still have a parliamentary group and a political party you need to take into consideration? Elections are only a year away.
“This is all true. I am not taking this lightly. But I reconcile myself to it, because the result is in already. If you think with everything you do “I want to do this, but without damage to the party” then nothing happens. Absolutely nothing. I am ready to tell my supporters that there are uncomfortable parts to this story. That there is a limit to what we can handle as a country. That refugees should be manageable. ”

Wouldn’t it be better if you started working in Brussels, far away from the village mentality of the Hague?
“I do not see it like that. Often enough I do not enjoy my position, but this time I coincidentally found myself in a place where I could do the right thing. Certainly I was not alone. If Angela Merkel had not pulled hard, and if Mark had not been so hyperactive, it would not have been successful. Somewhere along the way Mark made this joke: gosh, I need to call this the Rutte plan, because it seems to be successful after all. ” 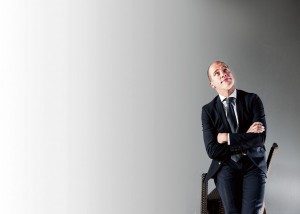