Half a year ago I wrote on Rumeli Observer about the upcoming Czech EU presidency.

At meetings in December, which ESI had organized in Prague, Czech politicians and civil servants had defined ambitious goals for the Western Balkans in 2009:

Six months have passed. The Czech presidency is coming to a close. Our manual on Czech decision makers – in particular the government chapter – has become outdated faster than anybody expected.

There has been much negative comment on the events in Prague across Europe following the resignation of the Topolanek government. As one friend, an advisor to several EU Commission presidents told me recently, “How dare the Czechs bring down a government during their presidency? How could they be so unserious?” At the recent ECFR meeting in Stockholm another veteran EU policy maker noted that Prague had offered “the best argument” for finally getting rid of the rotating presidency … “at least in the past we could be sure that small countries took this challenge seriously. Now even this is no longer true.” And there is (almost) universal loathing of Vaclav Klaus’ performance among policy makers across the continent.

However, when it comes to the Balkans and the EU, the Czechs have actually done as well as they had promised. That is no small achievement.

It is not Prague’s fault, after all, that the Bosnian elite prefers quarreling about the prolongation of the mandate of a political corpse – the vanishing OHR – rather than focusing its energy on making the compromises necessary to submit an application for membership; something that remains impossible as long as there is an OHR in Sarajevo.

Even Sweden, though it will try hard, will struggle to bring the OHR to a close under its upcoming presidency. This became apparent at a recent brainstorming on the issue I attended in Haga castle near Stockholm (organized and chaired by Carl Bildt and Valentin Inzko). 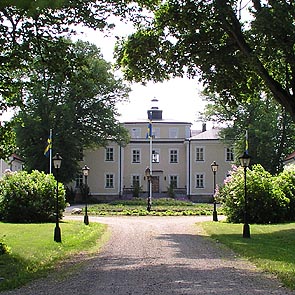 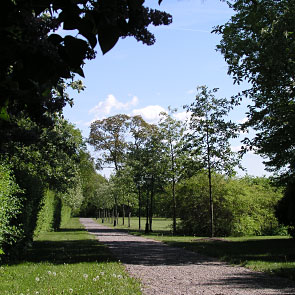 Haga castle has a bright future ahead of it: soon after our Bosnia brainstorming the Swedish heir to the throne was set to move in and make it her private home. Bosnia’s future, unfortunately, is more clouded. I will write more on it here soon. The conclusion, in a nutshell, is disheartening. For now put your money on there still being an OHR at the end of 2010 – an office with no mandate to do anything, and blocking any more serious progress by its very presence. Even Valentin Incko himself does not seem to believe that he will be the last High Representative …

Nor can Prague be blamed for the failure of Serbia and the EU to agree on whether or not there is now full compliance with the ICTY in Belgrade.

It would have been nice if the Czech presidency had succeeded in having Slovenia lift its veto on Croatia, or Greece on Macedonia. On the other hand, even France did not manage this. I am not sure Sweden will, either.

What Prague could achieve, however, it did achieve. The Montenegrin EU membership application was, after a few tense moments, forwarded to the Commission for assessment. This set an important precedent for Albania, which has also (finally) recently applied.

If Serbia follows later in 2009, and if Macedonia is told in the autumn that it now meets all criteria to begin real talks (even if Greece then proceeds to veto an opening), this could yet become a decent year for the region.

And perhaps more than just decent. In recent months, the issue of visa liberalization has moved forward almost as rapidly as envisaged by friends of the region. Just note the recent conclusions of the EU General Affairs Council meeting.

The Council restates its support for the dialogue on visa liberalisation with Albania, Bosnia and Herzegovina, the former Yugoslav Republic of Macedonia, Montenegro and Serbia, based on the roadmaps containing clear and realistic benchmarks and on a country-by-country assessment. The Council recalls that the countries concerned should continue to focus on full implementation of these benchmarks.

In this regard, the Council welcomes the updated assessment reports presented by the European Commission on the progress in the visa liberalisation dialogues with these countries. The reports reflect the clear progress made by these countries in meeting the benchmarks set out in the visa liberalisation roadmaps. In this context, the Council encourages the European Commission to present as soon as possible a legislative proposal amending Regulation 539/2001, as it applies to the Member States, in order to achieve a visa free regime ideally by the end of 2009 with those countries that will have met all the benchmarks.“

The Commission now has a mandate to do the right thing (see also a recent op-ed by my colleague Alex Stiglmayer and myself in EU Observer): to recommend visa free travel for a group of countries.

There is, as well, a target date for a result: “ideally by the end of 2009”. This is almost as good as it gets in EU affairs. EU foreign ministers have already indicated that they will both welcome and endorse a Commission recommendation! 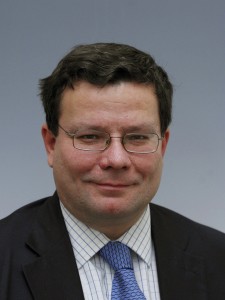 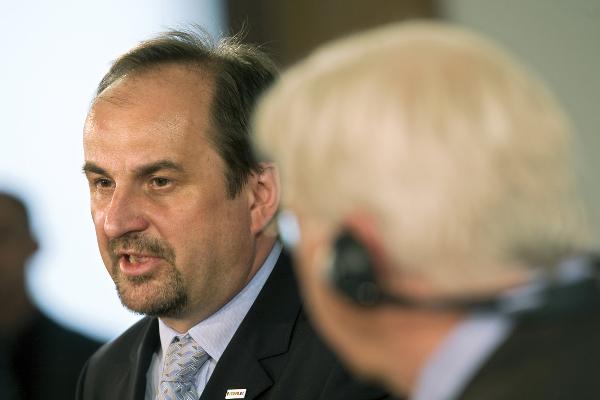 Sasha Vondra and Jan Kohout – they did well for the Balkans

This means that it is now realistic to expect that all Western Balkan countries – except Bosnia-Herzegovina and Kosovo – could obtain both EU candidate status and visa free travel sometime in 2010.

Albania – whatever its future government – can catch up as well. And if, against all odds, the OHR is closed in 2009, even Bosnia might avoid falling into a new group of hopeless laggards (with unfortunate Kosovo bringing up the tail).

Perhaps there are indeed a few people in Prague who, despite all the turmoil of recent months, deserve a quiet moment to savour this success.