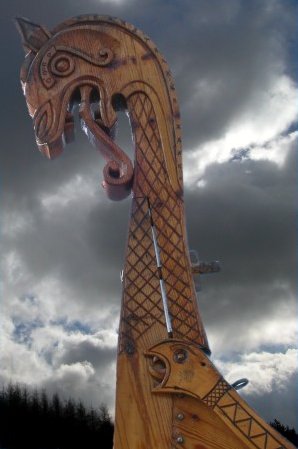 As Sweden takes over the EU presidency there is a possibility that more Europeans will feel like Andrew Brown, an English expert on Scandinavian idiosyncrasies already familiar to readers of this blog:

“I was little surprised by anything that seemed to me particularly Swedish, but this didn’t mean that I could understand it.”

Expect to hear a lot in coming months about Abba, elks, Vikings and Karlson on the roof, as Europeans who do not speak Swedish (like myself) cling to every cliche in the books to make sense of “their” presidency. I promised myself that I would write about Sweden without ever mentioning Abba (or, even worse, the 1968 shokumentary Sweden – Heaven and Hell). As for other cliches, let me indulge just once. If you like books like Luigi Barzinis’ “The Italians” or “Sixty Million Frenchmen can’t be wrong”, read on.

So let me tell you about a book I recently picked up in Stockholm airport. It is called “The Viking Manifesto.” The authors plausibly promise not only to help us outsiders better understand Scandinavia: they also offer their readers a path to salvation, success in business (without ever really competing) and great personal lives all while making money by giving things away.

All this becomes possible by following the “Viking method”, which, we learn, is all about “improving the quality of life, bringing a sense of adventure back to entrepreneurship and corporate culture, and making it all pay.” The Vikings were always good at creating brands (as well as undertake raids), from the longship to IKEA. As for their international outlook the book notes:

“The Vikings carefully picked a target and struck without warning, armed to the teeth and high on mead and mushrooms. They were strong believers in globalisation and bloodshed.”

The thought is compelling that Swedes (and to a lesser extent Danes) are fans of EU enlargement due to this particular history: after all, their ancestors were there (in Kiev, in Constantinople) one thousand years ago, sailing through the Bosporus with their frightening ships. And as this fine book notes, they have changed only a little: “A thousand years ago, Vikings were making wine snifters out of the skulls of their enemies. Today, they’re selling furniture in flat packages.” Generous Swedish development assistance in the Balkans, Moldova and Georgia appears in this light as another expression of “Viking Zen”: “do something that is honest, honourable, and interesting. Then don’t tell anyone about it. Remember: a good story can never be kept a secret.”

Well, sort of. There is not actually a huge number of books on the market (in English) that explain how Sweden itself works today. I have presented a few facts about Swedish exceptionalism on these pages before. This is a modest effort to explain it. So if you are left wanting to know more, having leaved through the Viking Manifesto, where could you go? 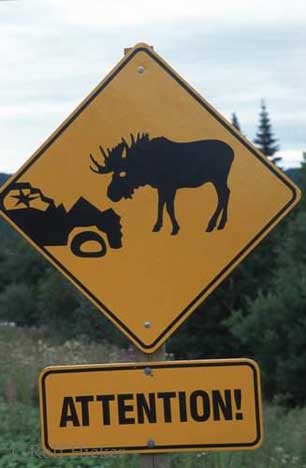 If you read German, perhaps you try Antje Ravic Strubel’s Gebrauchsanweisung fuer Schweden (Manual for Sweden). Skip the chapters on Nordic skiing and on the difficulty of running into one of Sweden’s 400,000 elks. Go straight to Volk, Gender, Emotion. There you will learn that Sweden has had an Ombudsperson for children since 1993; that registered partnerships were introduced for gay couples already in 1995 (in April 2009 Sweden adopted a gender neutral marriage law – with an overwhelming majority across all political families in parliament); and that Sweden is a world power in exporting pop, a reflection of the democratic character of this genre of music.

Strubel underlines that in order to understand modern Sweden it helps to know the writing by Erik Gustaf Geijer and Carl Jonas Love Almquist. Unfortunately, it is rather difficult to find out much in any language other than Swedish about Erik Gustaf Geijer (1783 – 1847), historian, composer, ardent fan of Viking culture and creator of a Swedish national philosophy based on the idea of free, independent individuals. If you can help, let me know.

It is a little better when it comes to Almquist (1793-1866), who wrote on the virtues of Swedish poverty (in the early 19th century, when Sweden was one of the poorest places in Europe). He also wrote a lot about love, in a rather modern way. Tintomara, the main character in one of his novels (Drottninges juvelsmycke) aroused both men and woman to fall in love. In It is acceptable a woman lives with a man without being married to him. One of Almquists characters, Sara, makes clear that, while she will love and live with Albert, she wants to remain unmarried, in separate rooms, and without commitments. Romantic love must not be based on utilitarian arrangements, the argument goes; families should be based on the internal autonomy of their members. This was too much even in Sweden in the 19th century; both church and state condemned Almquist as a dangerous revolutionary. Almquist ended his life in exile.

Today, however, many Swedes appear to live by his ideas. Nowhere else in Europe is the number of women in the work force as high. At least some tables seem to suggest (for instance see here) that Sweden also has one of the highest divorce rates in the world today. (Be warned, though: international league tables on divorce are like those on comparative happiness: wherever you look, the ranking changes and other tables show the Maldives, Russia, the US or small Djibouti take first place divorcing. Whatever table one looks at, however, many of the countries in South East Europe, from Turkey to Albania or Armenia, still stand out for their very low divorce rates. That would be an issue for another blog.)

Strubel in her book points out that while the German tax code and legislation encourages spouses to stay at home (to save on taxes, which are assessed on the combined income of both spouses treated as one earner, divided by two), and requires parents to take care of their children until well into early adulthood, in Sweden fewer expectations exist for families to look after each other’s members in a material sense. Even funerals are paid for by the state. At the same time the Swedish language reflects the modern reality of patchwork families much better than German, where those who live together in a long-term relationship without being married are considered to be in a “wild marriage” (Wilde Ehe). Swedish (I trust Radic on this) has the words sambo (for those who cohabit without being married), sarbo (for those who are together but do not live together) and gift (for those who are married). And while German has the ugly word Stiefkinder for the children from an earlier marriage, Swedish speaks of bonusbarn (bonus children).

Almquist is hardly a household name outside Sweden (looking to purchase Sara on the internet I came across an edition on Amazon for $ 409 Dollars). It is therefore fortunate that two Swedish writers – Henrik Berggren and Lars Tragardh – have recently filled the gapping hole in our understanding of their country, producing a more accessible analysis of Swedish social and political culture.

They address the central paradox of Swedish politics as seen from outside: how can a country which is so non-conformist, original and avant-guard also put so much trust in public institutions and the power of the state? Are Swedes individualists or believers in collectivism? What is more important to them: a society where every individual can stand on her own feet, independent of the constraints of tradition or family, of one where the state has an overwhelming role in guaranteeing welfare?

It turns out, according to Berggren and Tragardh, that Swedes are both: and it is this fact which distinguishes the Swedish understanding of the role of the state today from that of their German neighbours. 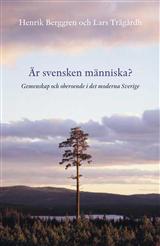 The book which Berggren and Tragardh published in 2006 is called Is the Swede Human? Community and Autonomy in Modern Sweden (Är svensken människa? Gemenskap och oberoende i det moderna Sverige). It argues that far from being “socialist” in their outlook, Swedes are in fact devoted to personal autonomy and radical individualism more than any other people in the Western world. The authors, looking back to Almquist, put this down to a “Swedish theory of love”, according to which true friendship and love is only possible between independent and equal individuals.

This understanding has led to a state whose true function has been to liberate individuals from ties of dependency on charities, churches, even family members. This is very different from the balance struck between individual and state in either Germany or the US. Swedes are hyperindividualists … and the state helps them to be so.

It is a fascinating theory. One element, however, still needs to be added: after all, not all that long ago, even Swedish culture was patriarchal, children were beaten, the death penalty was implemented by the state. Perhaps there is a “Swedish theory of love” – there certainly is a modern Swedish theory of childhood, which affects the values and ideals with which people are brought up.

Before you go to your bookstore, though, let’s go on the road: rent a car, leave Stockholm, drive past the former heart of the Swedish textile industry along the Gota Canal, and head for a formerly deeply impoverished region that has since – through literature – become a universal landscape, familiar to millions of people who might never come to Scandinavia in their lives.