I have spent the past month travelling through the Balkans (Skopje, Tirana, Pristina, Belgrade) and visiting Sweden, Bratislava and Chisinau. I presented on and drafted texts about a lot of different issues: debates in Greece and Macedonia about identities; debates in Turkey about Turkish Christians and their rights; debates in Germany about Islam and Turks; Swedish, Slovak and European debates on the future of Balkan and Turkish enlargement. In all these seemingly unrelated debates there was one common thread, however, always leading back to the question of what is at stake in the future of EU enlargement today: why enlargement matters.

For some time I have wondered whether the current discourse on the importance of South East European enlargement, its significance for the European project (and not just for the 20 some million people of the Western Balkans) has not become stale, unconvincing, full of wooden language and cliches.

If EU enlargement is to go ahead and not to turn into an agonizing technocratic exercise, in which very few people actually believe, a different narrative is needed. European leaders and thinkers have lost the vision of enlargement, and it is vital to recapture it (on the charge that this might be too elitist a way to think about this political project more later).

To try to explain this let me start from where I sit at this moment: in a cafe on the pier of Izmir, looking out at at the Aegean Sea and Mount Pagus. 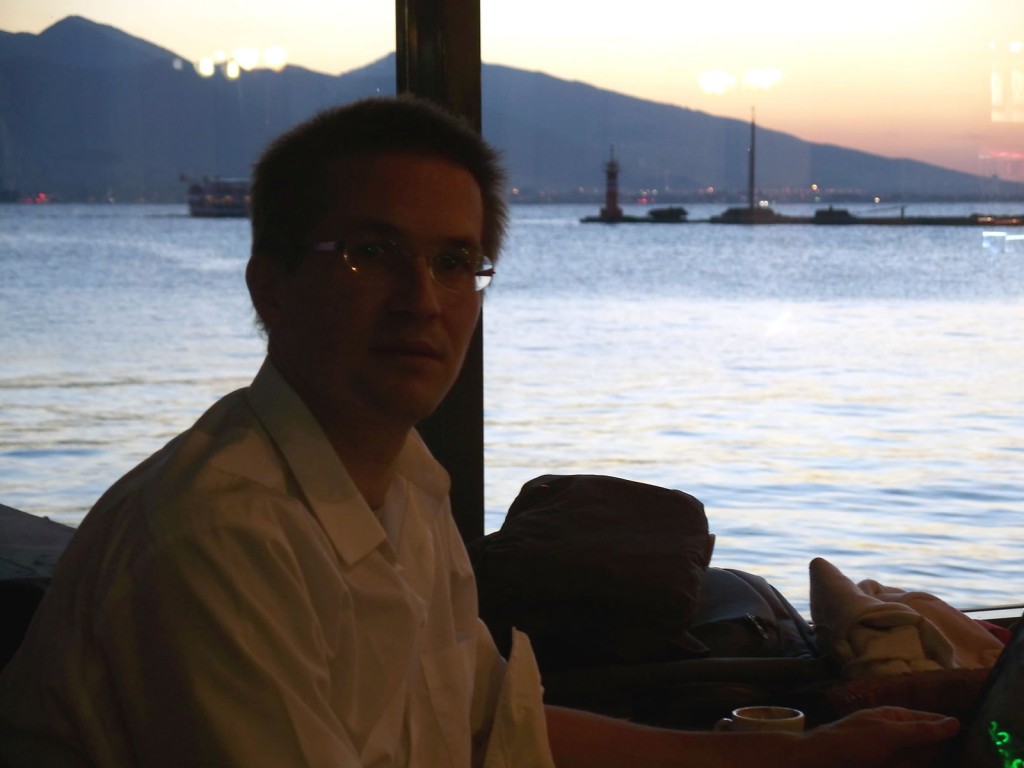 The Destruction of Smyrna

If you arrive today in Izmir, the leading city of Aegean Turkey with 2 million inhabitants, the standard guidebooks tell you little. To quote what I first read, arriving here three days ago: “despite a long and illustrious history, most of the city is relentlessly modern – even enthusiasts will concede that a couple of days here as a tourist are plenty”; this is a city “not entirely without interest” due to its natural setting and ethnological museum. No wonder most of the tourists who flock to the Aegean coast do not pause here on their way to Ephesus or the coastal resorts.

However, there is one way to make any visit to Izmir unforgetable. Chose a day like this Sunday, when sun sets gloriously over the mountains of the Bay of Izmir. Then pick up Giles Milton’s gripping account of the fate of this city in the early 20th century: Paradise Lost – Smyrna 1922 – The Destruction of Islam’s City of Tolerance.

One century ago Izmir, then known as Smyrna, boasted 11 Greek, 7 Turkish, 4 French and 5 Hebrew local daily newspapers; it had a Greek population of some 320,000, at least twice that of Athens at the time; it was famous for its large Jewish, Armenian, European and Turkish quarters; and it was reknown for a cosmopolitan business elite which included multilingual Levantine families (to find out more about who these go here: www.levantineheritage.com) ; a city which had

“long been celebrated as a beacon of tolerance – home to scores of nationalities with a shared outlook and intertwined lives. It was little wonder that the Americans living in the metropolis had named their colony Paradise; life here was remarkably free form prejudice and many found it ironic that they had to come to the Islamic world to find a place that had none of the bigotry so omnipresent at home.” (Giles Milton)

Even skeptics, of which even then there were many in Europe, were vulnerable to the appeal of Smyrna:

“Visiting European intellectuals were fascinated to observe such a racially mixed city at close quarters. When the Austrian savant, Charles de Scherzer, had visited Smyrna in 1874, he brought with him a most negative image of the Turks, yet he went away with all his preconceptions shattered. “In matters of religion”, he wrote, “they are – contrary to their reputation – the most tolerant people of the Orient.”

And yet, as we all know, one century ago cities like these – fin-de-siecle Czernowitz or Vilnius, Wraclaw, Vienna or Prague, late Ottoman Thessaloniki or Istanbul – lived under a dark shadow, cast by the dominant ideology of the age: romantic nationalism.

Early 20th century Smyrna was a majority-Christian city located in majority Muslim Anatolia, a land increasingly torn by religious and ethnic hatreds. At that time European leaders were about to “turn off the lights” for a century and allow a descent into collective madness. Those decisions were taken in Berlin, Vienna, Moscow and Paris, but they directly impacted on Istanbul, Athens and the people of Smyrna

In today’s terms Smyrna was “multicultural”: many communities living side by side, interacting, mingling, while preserving with some pride their own identities. It was multicultural at a moment in European history when the future belonged to nationalists, promising ethnic purity, the creation of nation states, and the need to assimilate or expel minorities, not to tolerate differences and live with them. It was an age which looked at pluralism with suspicion, where minorities were increasingly looking nervously to their mother countries for protection, and were simultaneously viewed by their co-citizens as fifth columns and security threats.

All of this was already clearly apparent in Anatolia at the time, where hatreds were fueled by the military defeats of the Ottomans in the Balkan wars in the early 20th century.

When the Ottomans lost control of all of Macedonia during the six-week long Balkan war in autumn 1912, a large number of Muslim refugees was expelled from the Balkans. This led the leaders of the Ottoman Empire to cast aside all ideas they might have had as late as 1908 about creating an Ottoman citizenship, and to embrace instead an increasingly racist and exclusivist vision of their state as a land of the Turks.

Anatolia’s hatreds erupted again during World War I. And they exploded into a savage war with the 1919 Greek invasion to annex Western Anatolia and the atrocities committed by the Greek invading army, dreaming of recreating a Byzantine Empire. This is a complex, but familiar story with one key theme: the idea that brutalities were permitted to destroy multiethnic life in order to create modern nation-states.

And thus it came that in September 1922 multicultural Smyrna literally went up in flames. 70 percent of the city burnt down following the reconquest by Turkish soldiers. The entire Christian population fled in terror. The destruction of Smyrna coincided with the uprooting of all of Anatolia’s Greek population.

And just as many of the Muslim refugees who had streamed into the Ottoman Empire following the Balkan wars had come from Macedonia, so many of Anatolia’s (and Smyrna’s) Greeks were directed to settle in Greek Macedonia following the tragic loss of their homeland.

More on that, and on the relationship between the debate on multicultural democracies and enlargement in Europe today, in my next entry.

One Reply to “Paradise Lost? From Smyrna to Skopje to Berlin (part 1)”