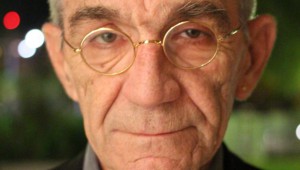 Sometimes you meet a person that is a force of nature. A person of convictions, with the modesty that comes from true charisma and the confidence that comes from not having to pretend. A person inspiring others by personal example, making words like engagement, citizenship and dignity shine in all their splendour. Somebody who makes you feel proud to belong to their generation. And who makes you wonder whether you are really doing enough yourself.

And so does meeting the mayor of Thessaloniki, Yannis Boutaris, to talk about what is possible in local politics at a moment of deep crisis. In a city shaped by decades of deep conservatism and fear of neighbours, from the Cold War to the Balkan wars of the 1990s and later. 72 years old, chain-smoking, with an ear-ring and tatoos, for decades a succesful entrepeneur, a recovered alcoholic, a long time civic and environmental activists, and now twice elected mayor of Greece’s second city.

I have come here this Sunday at the invitation of the Navarino network, a local civic organisation which has worked for a long time to open Thessaloniki to the world. I am to speak about the state of the Balkans in 2014, about false confidence and complacency.

I tell the tragic story of Soviet dissidents like Sergei Kovalev, who went to jail under Brezhnev, then became government human rights officials, and in 2014 face renewed pressure from their state. It is a tragic story with no happy end, with Russia like that fabled creature from Greek mythology, the Ouroboros: a snake that devours itself. Often history is like this. Too often. 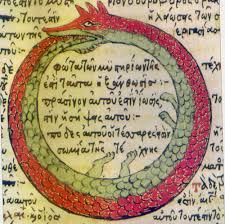 I also speak about what Greece – and Thessaloniki – might do to prevent future vicious circles in the Balkans. In the end  I present the ESI proposal for how to address the name dispute with Macedonia.  (see in the annex of this report:  Vladimir and Estragon in Skopje. A fictional conversation on trust and standards and a plea on how to break a vicious circle) The only – encouraging – reaction I get from a big auditorium full of Thessaloniki dignitaries and young people is one comment: “Greece is ready to do this, do you think Skopje is ready?” 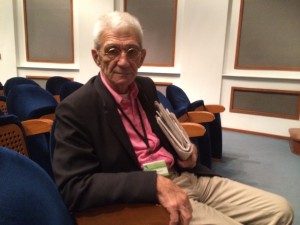 Then I meet with Boutaris for an interview. This was already a rich and memorable Sunday. It only got better.

Boutaris explains the value of civic engagement, voluntarism and how he strives to make his city embrace a multiethnic past. He explains how even conservatives silently tell him that they approve of his open support for gay pride … though lack the courage to say so openly. He explains why opening to Turkey, Israel and Jews across the world is vital for his city, given its history. And why having a Holocaust museum (at a cost of an estimated 25 million Euro, the design has already been done) will be so important.

How he is happy to have a Durres Park in the city now, and hopes to build many more links with other Balkan cities. How reaching out to Izmir is vital – proposing to have “days of Izmir” in Thessaloniki, and “days of Thessaloniki” there. Why having a Muslim cemetary is the most obvious thing in a city like Thessaloniki. How “Turks are our bothers and Europeans are our partners.” And how, as a Vlach, he recognises the common regional heritage when he visits the village of his ancestors in today’s Republic of Macedonia near Krusevo.

He explains how it is possible to cut the public administration (from 5,000, when he came into office in 2011 to 3,500 today) and reduce the deficit, while moving towards green urbanism and a different traffic policy. How he is encouraged that the number of bicycle shops has gone from 2 to more than 20 in a few years. And how much remains to be done.  How he has worked to encourage budget flight connections and direct links by ferries to his city, with increasing success. How this has resulted in sharply rising numbers of foreign visitors.

How his political goal is to make people proud of this, their liberal and open city. With the new slogan “I love my city and adopt my neighbourhood.” How he hopes city employees will be able to walk in the streets and citizens will respect them for their honesty and competence.

Remember: this is Greece, the EU country in its deepest economic and social crisis in decades. This is the country where the self-proclaimed fascists of Golden Dawn won 16 percent in recent local elections in Athens. With a prime minister who made his name by fostering nationalism in the early 1990s. A country all too often described in the foreign press as a hopeless case, a patient at best, an ungrateful recipient of aid at worst.

But this is also now the Greece of Boutaris and the cosmopolitanism of the new Thessaloniki.

When he became mayor, he tells me, Thessaloniki had a number of big taboos, including Turkey and the Jewish history of the town (where Jews were the largest ethnic group until 1912 and the port was closed on the Sabbath). Not long ago the City Council declared Mark Mazower, author of the great book Salonica, symbolically a persona non grata – for having described the multiethnic past of the city. This was the time when the local bishop called on people not to vote for Boutaris.

Now Boutaris looks forward to the day when citizens of Thessaloniki will be proud of the history of their city, as described in Mazower’s book. The book ends with the observation, true for all of Europe:

“As small states integrate themselves in a wider world, and even the largest learn how much they need their neighbours’ help to tackle the problems that face them all, the stringently patrolled and narrow-minded conception of history which they once nurtured and which gave them a kind of justification starts to look less plausible and less necessary. Other futures may require other pasts.

The history of the nationalists is all about false continuities and convenient silences, the fictions necessary to tell the story of the rendez-vous of a chosen people with the land marked out for them by destiny. It is an odd and implausible version of the past …”

As Boutaris tells it, being open to the past and to others is simple good sense: “if you accept differences, life is better”. This explains his support for gay pride in this orthodox city, and how he sees attidues changing. He talks about this priorities for the second term: moving towards a green city, a city in which “rich people are proud to take public transport” instead of poor people required to have a car.

When we made the 2008 ESI film on Thessaloniki Boutaris was still in opposition. Now he has been twice elected. The first time by the narrrowest of margins (some 300 votes). The second time with a clear and strong majority and 58 percent. In some elections ever single vote matters. Civic engagement matters. Having convictions matters. And fighting for them for decades can bring results.

If Bosnia had just one mayor like this in one of its big cities, ideally young and full of eneregy, so that he or she could then go on to show what is possible: the country might be a different place If only Greece or Turkey had more independents, former entrepreneurs and social activists, entering politics like this.

Thessaloniki, thank you for the inspiration. It is great to be back.

“The mayor’s greatest legacy, however, may be the city’s much-improved performance in tourism. However, his unconventional approach has made him some enemies among traditionalists. Between end-2010 and end-2013, Thessaloniki achieved 19% growth in tourist arrivals according to data from the Association of Greek Tourism Enterprises (SETE), compared with a decline of 13% for Athens over the same period.

To a great extent, this has been achieved through approaching a “traditional enemy” such as Turkey as a potential tourism market, leading to allegations that the mayor was “serving foreign interests”. Mr Boutaris is unapologetic about his bid to present Thessaloniki as a Balkan “melting pot”, stressing the city’s multi-ethnic history, a place where Greeks, Turks, Jews and Slavs lived together until the upheavals of the early 20th century, when the Turks left, the Greeks from Asia Minor arrived and the Jewish population was decimated in the Holocaust. The attraction of Thessaloniki to Turkish visitors stems from the fact that it is the birthplace of Kemal Ataturk, the founding father of the modern Turkish state. In addition, the Boutaris administration has made much of the fact that for centuries Thessaloniki had a large and vibrant Sephardic Jewish community. In broadening the city’s tourism profile, a previously rather claustrophobic city is starting to become a more open one, embracing its multicultural past.

The rebranding of Thessaloniki based on this new perception of its past has managed to increase the influx of visitors from Turkey and from Israel. Overnight stays at the city’s hotels increased during the past four years by 226% for Turks and 358% for Israelis, reaching 80,000 and 50,000, respectively, by the end of 2013. Coinciding with a period of deepening national economic crisis, the tourism revival has been welcome. The shift in public opinion in the city has been radical, and previous detractors now firmly support a similar rapprochement with all neighbouring countries … “ 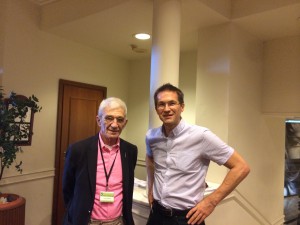 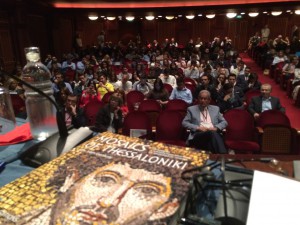 Presenting on the Balkans in 2014 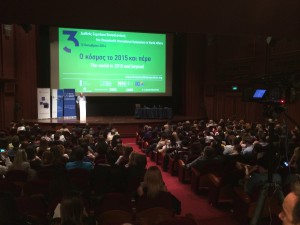 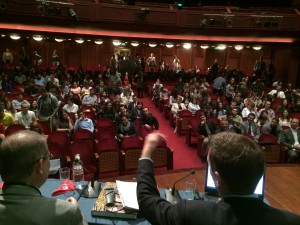